This was one of the famous witticisms of the 105th Mayor of New York City, Edward Irving Koch, who I had the good fortune of meeting a few times before his death in early 2013.

It’s also this Koch-ian pragmatism that I think a lot of younger guys just don’t get. I get your desire for perfection in politics. I was there in my late teens and early twenties. Perhaps it’s simply a necessary part of life. You need to go in guns blazing. You need to learn to shoot first before you can become a sharpshooter. I used to be a hardcore libertarian to the point that I was an Anarcho-Capitalist.

But years of experience and thought will change your perspective, even if you remain essentially a “radical.” You realize that it pays not to have a political sense of entitlement.

I think a lot of guys that are attracted to this corner of the internet are motivated by a desire, once again, to go in all guns blazing. They are far smarter than average, and they see, or are clearly beginning to make sense of, the problems facing not only the US, but the Western world in general. We want to make sense of and solve these problems, and are often totally uncompromising in our efforts to do so. There are a lot of injustices, ranging from the false rape culture waged against men, to criminal justice, to the “war” on drugs, and so on. We see degeneration in our societies.

But the chief problem we face, and I think we understand this on some level, but perhaps not entirely, is the drive for universal, global, liberalism, often of the postmodern flavor that we associate with the freakish “social justice” movement.

This fact crystallized for me after watching this interview with Marine Le Pen, the leader of France’s “right wing” nationalist party, the National Front (Fronte national):

The crucial part comes at 10:37. There are nationalists and there are globalists. All other considerations that really matter are secondary.

Le Pen puts it even more distinctly here. Note how she shows how the mess in Europe (and indeed, in America as well) in foreign policy and immigration are part of the same overall problem:

I’ll be going on to explain the current ideological problem (and the logical history of it stretching back many centuries) that the West faces in a project that I aim to put out at the beginning of next year, but in brief, our assumptions of universal “equality,” our drive to achieve that “equality,” no matter how foolish the policies, and our ever-expanding definitions of “equality,” are causing serious problems. This can be seen in disastrous foreign policy blunders, most recently in Syria and Libya, under the assumption that Islamic culture was compatible with Western-style democracy, already seen in Iraq to be a failure.

We also see it culturally with the rise of the Social Justice Warriors and the fanatical devotion to identity politics and “diversity.”

Added to this idea of social and cultural equality, a distinctly “left wing” notion, are the “right wing” economics of global neoliberalism.

This can be seen in the “free” trade deals we make and the acceleration of capital shifting across national boundaries.

This revelation might totally floor the layperson, but it is true nonetheless, and I think the readers in this part of the internet understand the fundamentals of it. As one astute poster on RVF noted, this is why there seems to be no difference between “right” and “left” wing politicians, because they all have this globalist outlook. This is why Obama has, in the most important ways, not been any different from his predecessor, just as I predicted in 2008.

Globalist liberalism manifests itself most importantly in these four ways:

Now you may understand why most politicians don’t fundamentally differ from each other, because in these important ways, most of them are the same.

Tinfoil hat stuff? Not really. There are ideological and financial confluences that lead to this. Conspiracy theorists are too simplistic and have a “god of the gaps” syndrome.

How does this play into a political sense of entitlement?

Because I see a lot of guys that don’t understand this. They’re purists of a sort. They think they can get a perfect candidate that agrees with all of their stances – this is the political sense of entitlement. However, as Mayor Koch’s witticism famously shone light on, perfect candidates don’t exist. No one will ever get everything he wants. Part of coming to maturity as a human being is the acceptance of this fact.

When I was at Roosh’s NYC lecture in July, many men remarked upon the rapid speed with which countries and cultures were changing for the worse. They were losing their uniqueness and becoming absorbed into the degenerate Western mold. One memorable moment came when one of the men said to the entire room that he could not recommend Rio as an ideal city for a vacation because of the way it’s changed recently. This caused a great moan.

Globalist liberalism destabilizes countries, makes cultures worse (as well as their women), makes our own culture worse with “multicultural” mass immigration policies, and makes it harder for the average man to get ahead in life, destroying the middle class.

This is why it is disheartening to see those who are normally against the establishment that serves this ideology nitpick about certain qualities in those forces which oppose it.

I’ll use Le Pen as an example, since I’ve used her already. Here is an exchange I had with a Frenchman:

Him: I would vote for UKIP but not for Le Pen. Once again Le Pen is not the solution, she is a pro-palestinian, pro-Putin socialist.

Me: Assuming you’re in France.

Sorry, but you really don’t have much of a choice. If you want to save your country from this third world tsunami, and the stagnation of the Eurozone, you have no choice, and those are the most important issues facing Europe right now No one is going to be perfect. The situation is too dire to nitpick. We need to prioritize..

Him: You’re right on many things. Yes we need to prioritize but in France the only choice we have it’s between the plague and the cholera. I choose to leave the sinking boat, my family is my only priority.

Him (in response to someone else): Sorry, not at all. She is a socialist, she defend big governement policies in France. And If she hate the EU its only because she think that the UE is “ultra-capitalist” -no kidding-… and, yes, because she is a nationalist Marine Le Pen is a real National Socialist.

This is a clear cut case of a political sense of entitlement. Le Pen is good on the most important things, but her support for “big government” causes him to not support her, when everyone else sucks in even worse ways.

It’s the same here in the US. I don’t like Trump’s foreign policy at all, and a lot of other things, but the situation with third world immigration from barbaric gang-run countries in Central America and us being constantly ripped off in trade doesn’t give me a choice.

I’ve seen a lot of guys on our distinctly “anti-establishment” side, which is fast becoming mainstream, denouncing or avoiding Trump. Some have said he’s not good on various issues like drugs or civil asset forfeiture, or a number of other things. I understand.

But I don’t care. 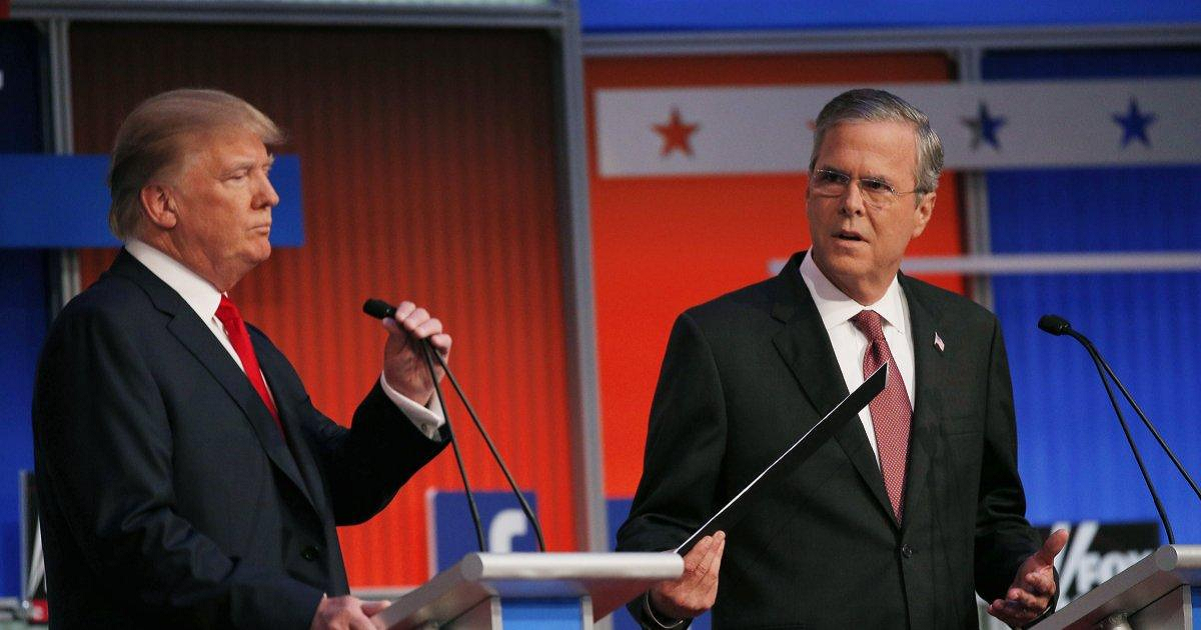 The fact of the matter is, Trump is good at countering the narrative and fighting against globalist liberalism. All you need to know to realize this fact is to see how the establishment, on both the left and right, is scrambling in fear, trying anything they can to stop him. However, Trump is an antifragile

candidate and is getting stronger with each attempt. Is it because of Trump’s personality, or is it because the mainstream narrative is fast eroding? It’s probably both.

Trump is a distinctly anti-globalist candidate, because he opposes three of the four main planks of global liberalism:

These three things alone mean everything. Trump could be terrible on everything else and I would still vote for him. I have to. I have no choice. Trump’s stance on NSA spying and Edward Snowden for instance is worrying to me, but again, I have no choice. He’s simply too good on those three issues for me not to support him.

The major hangup is Trump’s seeming desire for foreign adventurism and his attachment to Israel that borders on jingoism. For this reason, I understand why guys are wary of Trump, as it is the fourth major pillar of globalism.

But again, this is where I ask you to check your political sense of entitlement.

Globalist liberalism has been so ingrained into the West’s political culture, especially that of the United States (which is more or less the guarantor of globalist liberalism’s spread) that we can’t expect even the real deal anti-establishment candidates to be perfect.

I understand the notion that “the lesser of two evils is still evil.” I used to say that. I’ve been there. This is a simplistic worldview, and there are no simple answers in politics.

Do I want mass immigration and multiculturalism to stop? Yes.

Do I want to see America stop allowing other countries to rip it off in trade? Yes.

Do I want to see the intellectual disease that is political correctness and a culture that equates victimhood with virtue destroyed? Yes.

Trump is good on other things like taxes, but these three things matter most right now to the men and women who are tired of the narrative, because they are all decidedly anti-globalist.

And that’s why I’m supporting Donald Trump. His offer is simply irresistible, and this is why he has had such a durable audience despite his numberless gaffes. Instead of hating on him, you’d be best learning from him so you can make a similarly irresistible offer for your own audience.

If you oppose political correctness, Social Justice Warriors, mass immigration, and bad trade deals, you have no choice but to do the same. If you don’t support Trump despite this truth, you have a political sense of entitlement that needs to be checked. Go see a psychiatrist.