After the earthquakes of last year, 2017, for all its intensity, felt like a lull as both sides regrouped and reloaded. In the throes of their painful and decisive loss, acted out frantically at the start of the year in the unpersuasive “women’s march,” the left tried new tactics. Meanwhile, the right often got in its own way, as a large portion of it hadn’t crystallized the lessons from last year, though they picked up the pace at the end.

Politics wasn’t the only battleground. As predicted, the forces that bound pop culture together got rocked by waves of populism, both left and right, this year. The fall from grace of many notable names and an entire institution showed the reinforcement of politics and culture. They have a symbiotic relationship.

One year doesn’t change the timeless laws of power. Law 35: Master the Art of Timing, is in play as it always was. Who should you hitch your wagon to in 2018?

It was certainly a rocky year, but with him it always is. The president ends the year on a high note, having had his first major legislative victory. Thereby, he can credibly say that he delivered on a major campaign promise. More important than any one thing, though, is the story arc.

Scott Adams predicted at the start of the year that the story would go like this:

I amended that prediction by adding that to get to stage three, Donald Trump would need to have a major legislative accomplishment, as unlike administrative things or economic trends, it’s too obvious to ignore. That happened with the tax bill’s signing last week, just as I predicted it would in July.

In addition, the “muh Russia” narrative is evaporating quickly, and in a way that can’t be ignored, either.

Much like last year, Donald Trump finishes the year strong, and he’s ready to lead his side into the battles of 2018. 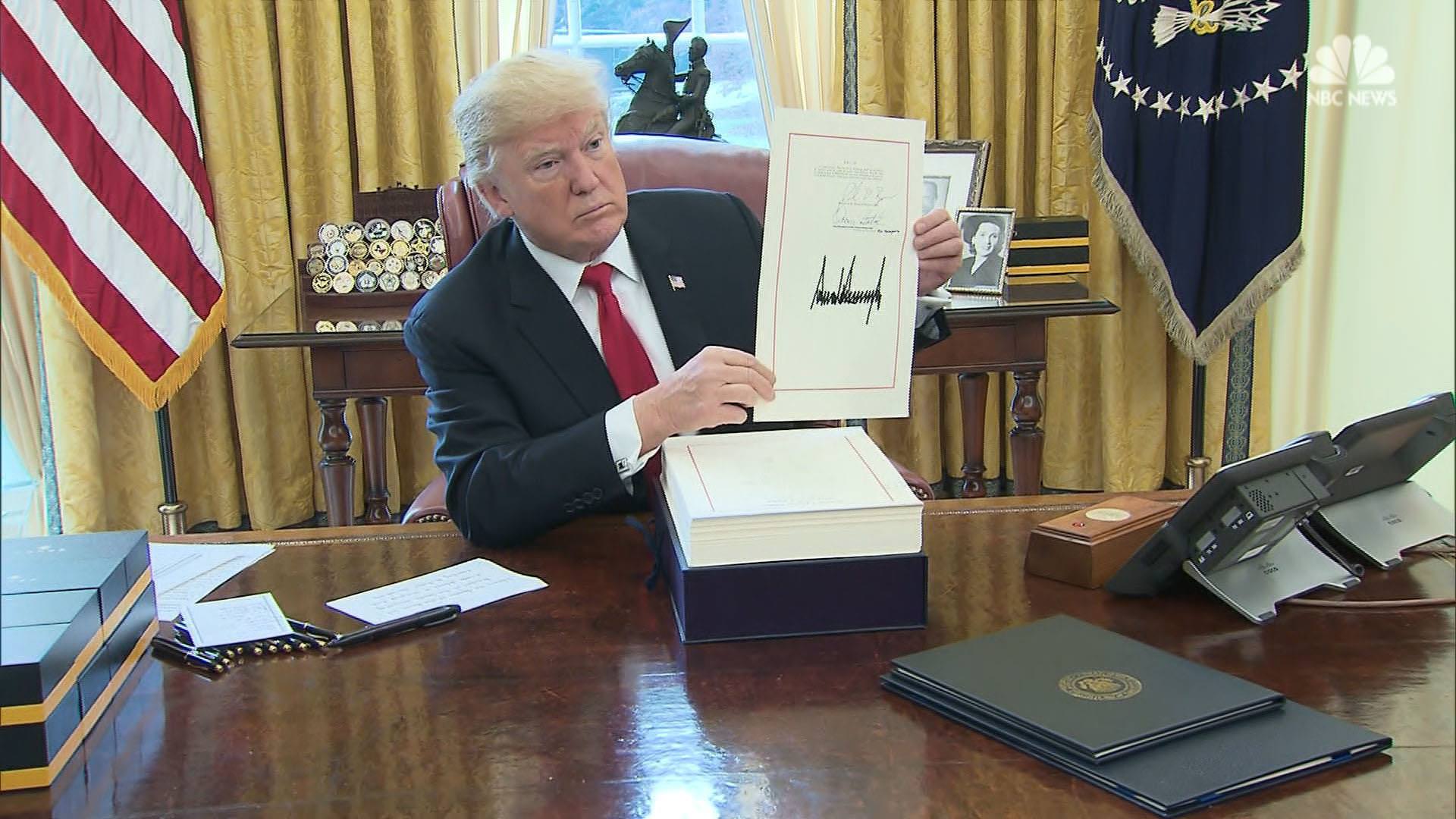 The “Intelligence Community” and Washington Bureaucracy

In an ominous development, the organized opposition this year was the “intelligence community,” a collection of faceless bureaucrats who are, in theory, supposed to be answerable to the elected Congress and President.

You know all the leaks, the Russia ghost, etc. It was effective. You can’t deny that. Only in the closing month of the year did the “intelligence community” really take a big hit with the revelations of the Dossier, the FBI and DOJ shenanigans, etc. That didn’t stop them though, as late this month, they tried to regain some momentum by leaking a story where the president supposedly said Haitian immigrants all had AIDS and that Nigerians would “never go back to their huts.”

Though the pace of leaking has slowed and the Russia story is rapidly eroding in a firestorm of corruption and muck, the “Washington swamp” is still very much an actor and have the most influence of any of Trump’s opponents. What they cook up could be very influential in 2018. Look for a lot of shenanigans as the mid-terms draw closer.

Much as I hate to say it, the feminists closed the year very strongly, toppling very powerful figures in a storm of mass hysteria. Hysteria or not, they had a newfound influence in 2017 after spending a few years in the wilderness. Bringing rape culture hysteria to an unparalleled level, they successfully field tested the strategy of “misconduct allegations” in the reddest of red states, Alabama.

Now at the forefront of the left, feminists will deploy the “sexual misconduct” strategy liberally in the 2018 election cycle. The Republican Party must be prepared.

While not quite as successful as last year (what could top that?), the alternative media complex still boasted a very good year. Though there were some hiccups early on, most infamously with the Milo scandal in February, stories were broken from alternate sources at a new rate.  The alternative media has now gotten so powerful that the established media feels the need to increase their attacks. PewDiePie was attacked early on. 60 Minutes took aim at Mike Cernovich in March. Late in the year, Roosh was banned from the UK.

We’re at the “then they fight you” stage at this point.

This was a close-run thing. As always, Republicans are their own biggest enemies, concerned more with virtue signaling and cowering to the left than winning. As far as strategy and grit goes, they usually lack it. The party still isn’t in touch with most of America.

But as 2017 wound down, there were some encouraging signs. Aside from the passage of the tax bill (unpopular now, but will grow on the country in 2018), the Republicans seem to be slowly coming around on the idea of stopping chain migration and passing the RAISE Act.

That will be a must. If the feminist-led left will go all out on “sexual misconduct” next year, the Republicans will need to maneuver them onto different ground, that ground being issues people care about. 2018 should be all about the two “I’s” – Immigration and Infrastructure. Make the left oppose those things and watch their popularity sink further.

Last year I said that the Republican Party has two choices – death by Conservatism, Inc. or life by championing American workers and the businesses that hire them. With the decline of Conservatism, Inc. stalwarts like Bob Corker and Jeff Flake, perhaps they’ve chosen life after all, but that choice has been slow coming, seen especially at the start of the year with their horrible healthcare bill.

2018 must be the year they move more toward conservative populism, or else they’ll get hammered.

Feminism aside, they didn’t do much actual winning this year, but they are motivated and kept that motivation up. As seen in Alabama, that motivation can make a difference.

The right has a thorny problem because anger is a better motivator than happiness. It’s all the more reason why the Republican Party must motivate its base by going all in on immigration and infrastructure and force the left to oppose them on these two popular issues. That will help motivate their own base and get them angry at the left.

The grassroots “Resistance” was in rebuilding mode through 2017, but if the right isn’t careful, the “resistance” could mount a new offensive in 2018. With the “sexual misconduct” strategy, they’re now in position, and shouldn’t be underestimated.

Just as I predicted, Hollywood got rocked, consumed by the feminist dragon it had such an important hand in creating. With the fall of Harvey Weinstein, a Pandora’s Box was opened and many other figures in Hollywood, the media, and politics fell with him. Leading people in the industry fell from power, damaging Hollywood’s prestige and infrastructure.

In addition, there were many notable box office failures. Most notably, Star Wars: The Last Jedi. While financially successful, it’s been derided by moviegoers, especially dedicated fans of the franchise. So stunned were the media that fans hated what the critics loved, that they wondered whether there were shenanigans involved in the negative reactions on Rotten Tomatoes, like bots leaving negative reviews en masse. That isn’t the case. People just didn’t like the movie.

It’s all proven that the critics are more concerned with “social justice” than doing their jobs. Remember when I said that an appetite exists for entertainment that goes beyond the stale, virtue signaling orthodoxy? Star Wars: The Last Jedi, is the best case yet. The franchise has long lost its soul and its now been transformed into a virtue signaling sacrament rather than a work of art.

Hollywood’s power is waning. 2017 was a shattering year. Populists must create new institutions to fill the gap. 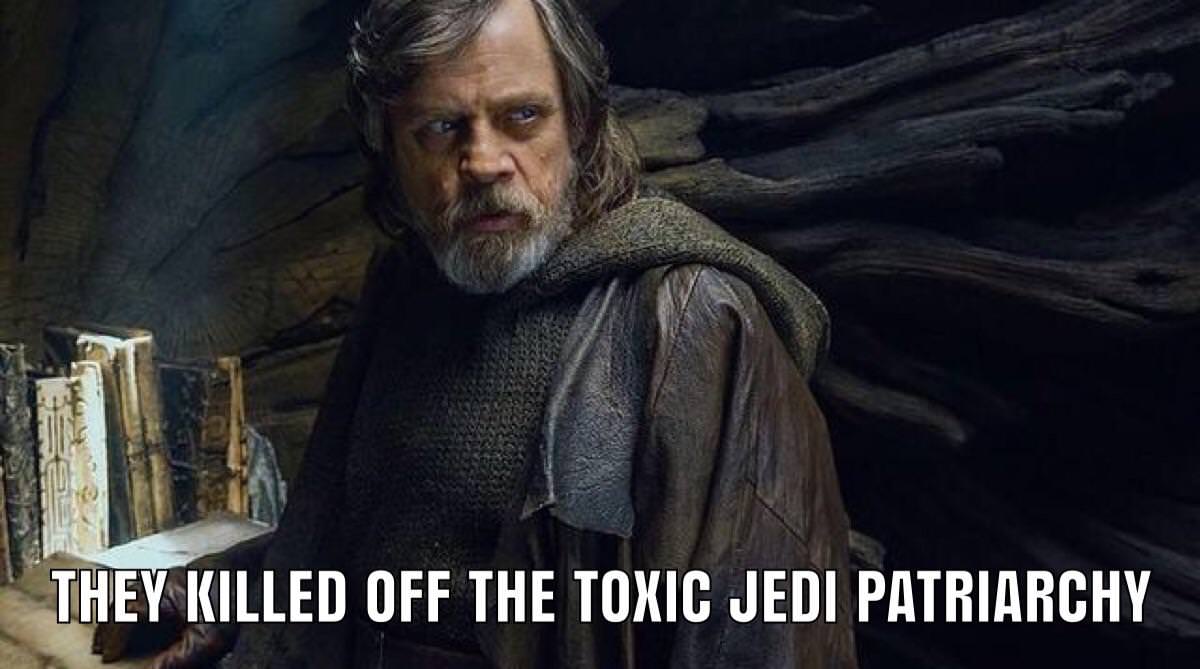 The NFL was in trouble before 2017. Ratings and attendance were declining and advances in concussion science posed long-term problems for the viability of professional football as a whole. Added on that was the anthem “protests.” Donald Trump saw a way to use it for fuel and capitalized on it. It’s what Robert Greene calls the “polarization strategy.”

The results were immediate and long-lasting. Ratings and attendance declined further. The widely-hated Commissioner Roger Goodell looked like an indecisive geek and the NFL’s influence hasn’t been lower in years. Another established entertainment institution was shaken badly in 2017.

I warned you all about the “Alt-Right” very early, like February of 2016 early. This year came the death knell in Charlottesville. The “Alt-Right” is done. The brand is toxic. If you associate with them, you do so at your own risk.

The fake news media suffered a shattering loss last year. Yet, they didn’t even attempt to recover what they lost this year. Going all in on “muh Russia” at the prodding of the “intelligence community,” they embarrassed themselves over and over again. When not jumping in on a frenzy, Donald Trump’s ice cream scoops were deemed newsworthy.

Although riding high on ratings because half the country hates Donald Trump, their actual long-term influence is negligible. 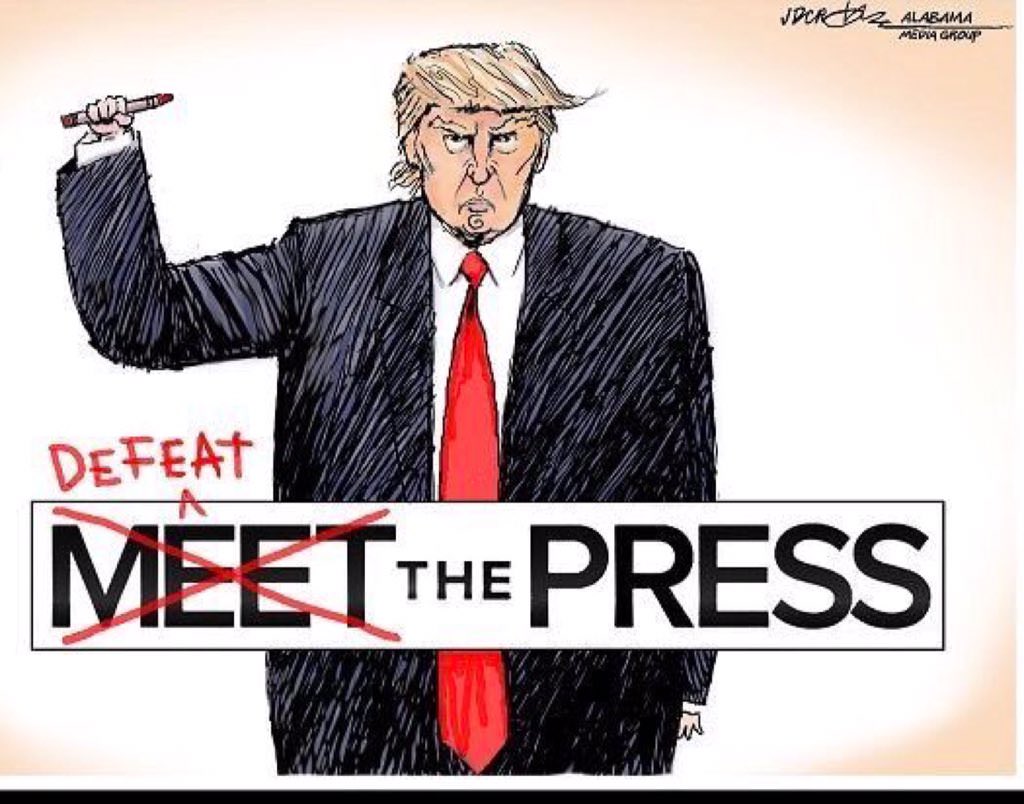 While in better shape than after the rout they suffered last year, the Democrats had, at best, a mixed year. Sure, they triumphed in some elections last month, but those elections were in blue states. Alabama was a very special case, though it did prove the mettle of their new “sexual misconduct” strategy.

But other than that, they don’t have much.  Democrats lost all of the special elections for Congress in 2018. Aside from their mantra of “RESIST!,” and other “social justice” nonsense, they’re out of ideas. Forced to hide their agenda because it’s so unpopular, they’ve become a party of cliches and crying.

Cliches and crying work in motivating though, so the Republicans will have to expose this at every opportunity next year. It’s the time to strike, not cower before a party that’s on wobbly legs.

Spot the early trends and take advantage of them by reading Stumped.