Looking back on it five years later, it almost seems like a paradise lost. A lot of Americans still had their old flip phones, including me, so smartphone infestation hadn’t yet reached critical mass. There wasn’t as much attention whoring. “Social justice” insanity hadn’t quite yet completely taken over the media and popular culture both in the Anglosphere and Europe. The epidemic of weird tattoos and neon hair had not yet begun.

Most importantly, for purposes of this article, it was a relatively peaceful and stable time. Sure, the Iraq War was still on, but it was winding down. The wider Middle East was also fairly stable. The group that would become ISIS was almost extinct. The destabilizing “Arab Spring” was still a year away, and the failed effort to impose democracy in Iraq had not yet been attempted to be exported to the rest of the Middle East.

It was an interesting time in my own life too. Through circumstance, I wound up working for the International Rescue Committee, an organization that provides services to refugees around the world. My task was to tutor children and adolescents so that they could better understand the English language, and in so doing also act as an ambassador that would help the refugees acclimate themselves to life in the United States.

I served in this capacity for about six months, through the first half of 2010. It was actually a very fulfilling experience, and I do think that I was doing a good thing.

When I look at the “refugee” situation in Europe now, I have a clear point of reference, because I’ve actually worked with refugees. And I can confidently say, based on the experience, that most of the people flooding into Europe now are not “refugees.” They do not act like refugees. Instead, they are acting precisely as many others have described. They are economic migrants.

As a matter of fact, I think that term itself is far too friendly, designed to dull the senses and serve the politically correct narrative.

They are invaders looking to take advantage of the extremely gullible people in Europe. Pure and simple.

You can see it in the photos and videos – not those carefully screened, edited, and cherry-picked by the leftist media, but in the actual raw footage taken by those at the scene. Let’s take a look:

Some descriptions of conditions on the ground by locals in Europe confirm the videos above.

Firstly of course, the sex ratios were more or less even between males and females. They were not the horde of dick currently invading Europe. I worked with both boys and girls.

Secondly, these people were frightened, and they were grateful for everything they were given.

The place I worked with the refugees was in the heart of Midtown Manhattan. It was right across the street from the Chrysler Building and Grand Central Terminal. Here are a couple of pictures of the general area: 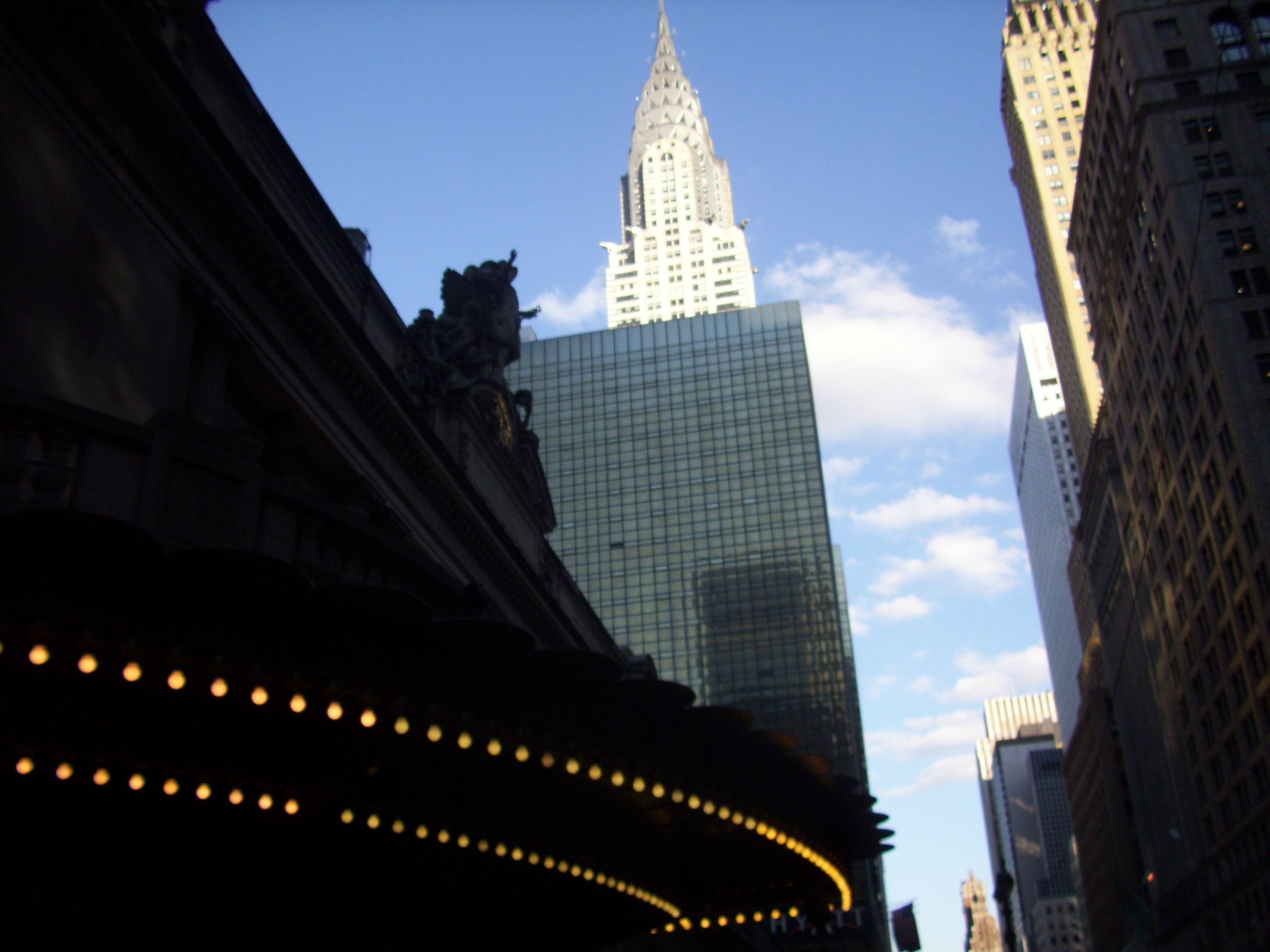 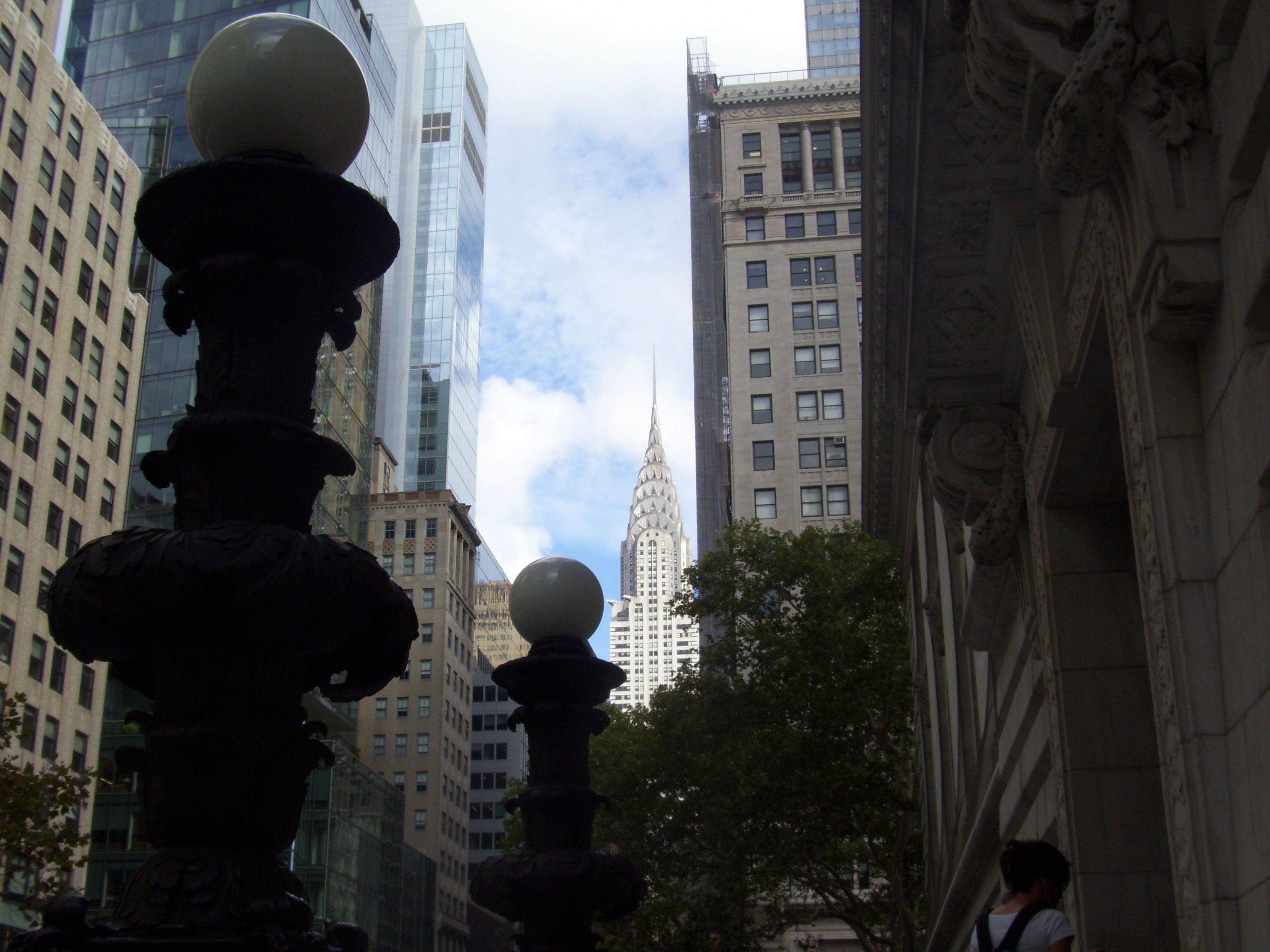 (By the way, if you like these pictures, I’m offering them and many others for sale to use as you like on Fiverr. Check out my gig if you’d like some, or would like me to take pictures of a specific area or landmark of New York City for you to use for your blog, Instagram, etc.)

The refugees I taught couldn’t quite believe that they were in such an affluent area. It was like another world to them. They were astonished by the splendor of the civilization our ancestors built, and were extremely grateful for the opportunity they were now being given to be part of it. And despite the grandeur, they were still very much frightened.

They were very deferential. Some of the refugees were calling me “sir.” I was 22 years old at the time.

If they were told to do something, they did it, and they were extra cautious to be respectful to their hosts. They demanded nothing, and many were even afraid to ask for anything.

Contrast this with the “refugees” in Europe complaining that trains weren’t being given to them to take them to Germany, or the “refugees” turning down food and water, even when their own children wanted some, and shouting in the streets.

My most memorable encounter was with a 17-year-old Iraqi who saw the war first hand. Outwardly he had a degree of self-confidence that most of the other refugees I encountered did not, but you could tell that he had a lot of demons inside him. He revealed those over the course of the day, relating stories of his seeing the bullets fly. It was very hard for someone as young as him to handle. But, here he was, ready to do his best to put his demons behind him. He demanded nothing. He expected nothing. He was just glad to be where he was.

I still have him on Facebook (AKA, not a real friend), but he seems to have done alright for himself in the years since.

The behavior of these “refugees” flooding Europe does not match up to the behavior of the actual refugees I worked with from similar origins. They are far from the timid, frightened people that take pains to keep quiet and deferential that I met. They are entitled, demanding, and downright hostile. They show no respect for their hosts in Europe and are actively shopping for countries based on gibsmedats. They are almost all men of working and fighting age.

Most of all, they are not afraid.

It is crystal clear – they are not “refugees.” They are invaders.

I enjoyed my time working with refugees, and I could tell that these people had suffered severe hardships and were in need. I was glad to give them the help they needed.

The “refugees” in Europe have probably suffered too, but not like the people I worked with. The mass of them haven’t, anyway. They have enough money to pay smuggler gangs, first of all, whereas the refugees I worked with most assuredly did not, even had the “industry” been available at the time. Even the family of the now-infamous photo of the drowned Syrian toddler had been living safely in Turkey for some time.

The leftists and “social justice” clowns in Europe, with their “refugees welcome” campaign, say they care about the “refugees” and call anyone that dissents racist for not opening their hearts.

But they don’t really care. They don’t care about the invaders. They don’t even really care about actual refugees (who are too poor to pay the smuggler gangs to ferry them into Europe anyway). How many of these “refugees welcome” zombies are going into the trenches to interact with actual refugees who suffered in the way the kids I worked with and their families suffered? I would venture to say “very few.”

No, the only things they care about are, as usual with Social Justice Warriors and globalist leftists, themselves.

They want to virtue signal and jockey for status. They don’t seek status by the hard route of True Glory, the way that we do here, but by attention whoring and showing everyone how “tolerant” and “compassionate” they are. This allows them to display their superiority to the “benighted public,” as Thomas Sowell wrote in his brilliant Vision of the Anointed

The charge is often made against the intelligentsia and other members of the anointed that their theories and the policies based on them lack common sense. But the very commonness of common sense makes it unlikely to have any appeal to the anointed. How can they be wiser and nobler than everyone else while agreeing with everyone else? In everything from avant-garde art, music, and drama to exotic animals and “radical chic” activities, the stress is on their own differences, their specialness. A chorus of public outcry against what they are doing or advocating is not a reason to reconsider but music to their ears. To disdain “public clamor,” as it is caked when court decisions are protested, is a badge of distinction. All this, of course, contributes to the sealing off of the vision from feedback and reality. (pg 248)

Sowell wrote these words 20 years ago. We have seen it before and it is what we are seeing again, this time with Europe’s “refugee” crisis. 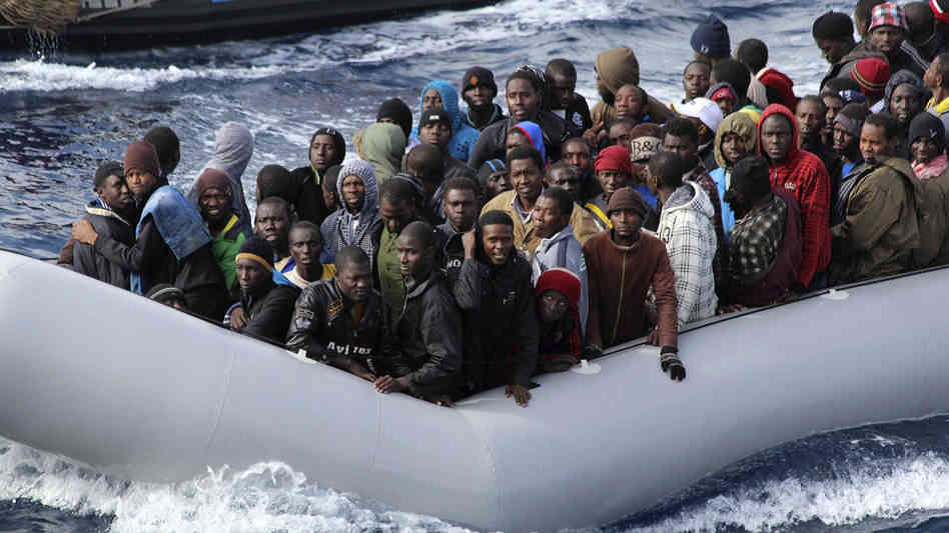 As most of Europe is seething at this invasion, and rightfully so, and clamoring to stop the boats, the anointed once again chooses the route of “specialness” to distinguish themselves.

Unfortunately, the price this time may very well be, if this trend continues, the identity of Europe and the uniqueness of Western civilization.

Remember this as you fight them. Perhaps the best strategy is based on what I just described – not logic, because the absolute illogic of this situation is what the enemies of Western civilization are thriving on. Instead, you must hit the globalist leftists and Social Justice Warriors promoting this in Europe where it hurts – by diminishing their status and their precious view of their own virtue. This can be done by exposing their dirty secrets, increasing your own status through the hard work we advocate here, and pointing out the fact that they don’t really care about real refugees, with vivid examples, and thus expose the foundation of sand upon which their moral posturing rests.

Though it may seem strange to conclude this with a quote from an anime, I find this utterance from Lady Une in Gundam Wing: Endless Waltz

appropriate, and it might as well have been tailor-fitted to this dire situation that Europe and yes, America as well, is facing, in which sensible people like us are seeing the Twilight Zone unfolding before our eyes with startling speed and are rightly feeling demoralized:

While His Excellency [Treize Khushrenada] fought losing battles, he loved people who weren’t afraid to keep their stance and fight. And that is why the people are so able to accept the Gundams. It is not the victor that moves the hearts of the people.

Stay strong, men of Europe. A new day will come, if you are worthy of it. Let us fight for our homelands, but not be afraid to help those genuinely in need in our own lives.

See you on the battlefield.