By now you may have heard, perhaps unwillingly, that Kanye West went on one of his customary long rants the other day, explaining that he would have voted for Donald Trump.

He also reaffirmed his desire to run for President in 2020. Scott Adams, the most accurate pundit of the past cycle, has already predicted that Kanye’s chances of being President are 90% if he decides to run (and it seems he already has).

You’ll note that my hypothesis throughout the campaign, and the basis of Stumped, is that the best persuader wins the election

These factors, “persuasion triggers,” you might call them, are what Stumped outlines.

And while my writings varied week by week according to what “scandals” leaked out on both sides (there were many), the fundamental prediction in Stumped, using the persuasion triggers it outlined, was dead on the mark. 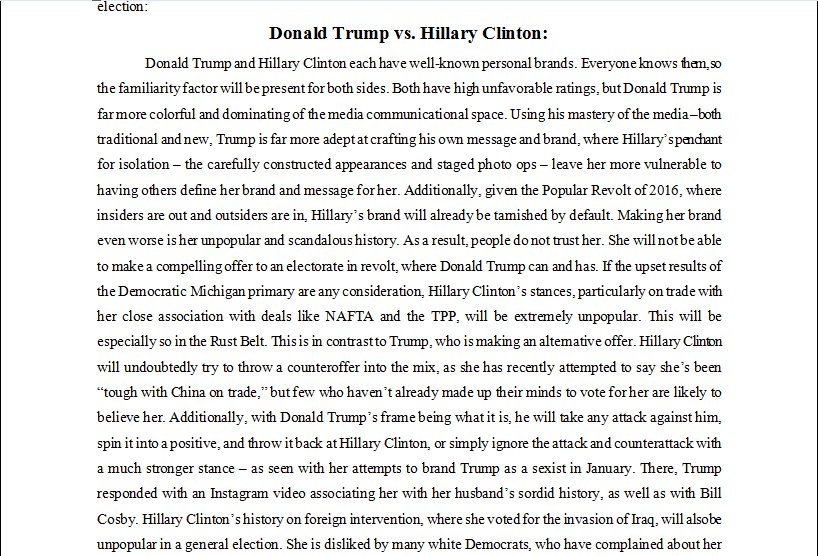 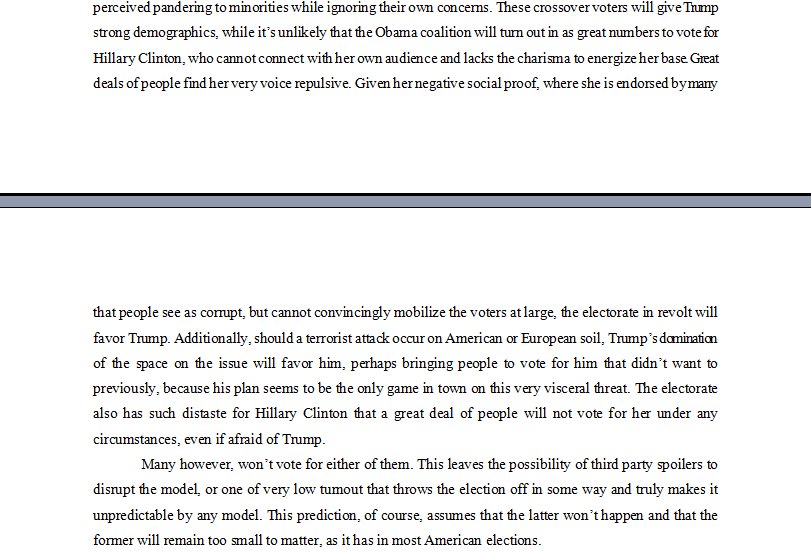 Truly, my only mistake was to pay too much attention to the “horse race.” These fundamentals were the things that mattered in the end and were what made Donald Trump President.

So what does the Stumped view of elections say about Kanye’s chances?

I don’t like Kanye, but that doesn’t mean I don’t recognize his skill.

Before he’s even started, Kanye West already hits many of Stumped’s persuasion triggers in a laser-targeted bullseye.

What are these mysterious Stumped persuasion triggers, you may ask?

That’s not to say that self-interest isn’t important of course, it just means that the Homo economicus view of the world is wrong. Perceptions of self-interest can vary widely, and humans act emotionally.

Kanye West certainly understands this. Listen to his speech and tell me if he was talking about facts or policies. He wasn’t. He was talking about emotional themes, such as “connecting ideas,” “the concept of how to do the job of President,” and asking people “what do YOU believe?”

Kanye has a fighting spirit and a swag factor among his followers. This shouldn’t need to be explained in depth. His combative prowess and leadership of his people on the campaign trail would probably be excellent. If Kanye West can create in/out-group identification (and there’s no reason to believe he wouldn’t be able to), he would reinforce this to an even greater extent. You’ve arguably already seen him start.

Listen to Kanye West again. He’s already learned from the Trump campaign. The key tell for me was at about 12:55 in the video when Kanye West said of Donald Trump that there were “non-political methods to speaking that I feel were very futuristic, and that style, that method of communication, has proven that it can beat a politically correct method of communication.”

This, plus Kanye West’s already exceptional communicational expertise, reach on social media, and cultural presence would make him very difficult to defeat indeed. It could be done, but not by most people.

Kanye West, like Donald Trump, is shameless. That means he has a massive advantage in maintaining his frame. He doesn’t let anyone impose on him. And if you watched the video, you heard that Kanye already learned from Donald Trump’s debate performances, where frame mattered more than policy. Running for President forces you to take a lot of hits. Kanye could take them and deflect them back far better than almost anyone else.

Kanye West is charismatic in his own way. He already has vast experience connecting with millions and controlling crowds of tens of thousands of people. No further explanation is really needed.

Kanye West has millions of fans and followers and can sell out venues anywhere. He also has vast contacts with authority figures and influencers. Very, very few people would be able to match Kanye’s social proof.

Kanye West is known by everybody, which guarantees that his advertising repetition will always be effective (see Stumped’s sixth chapter for the details on how brand familiarity influences advertising effectiveness

He may face some obstacles given his position as a “rapper.” Donald Trump was at least a businessman with managerial experience, and many people wanted to see “common sense business practices” implemented by a President. Kanye West has no such reputation behind him, at least in the obvious way.

But the 25th law of power is “recreate yourself.” Donald Trump did it. Kanye West can do it relatively easily. It wouldn’t take him much to go beyond “rapper.”

On these personal persuasion triggers, Kanye West scores exceptionally high. But in addition to these personal triggers, there are two more environmental triggers that are arguably more important. These are somewhat more uncertain.

Kanye West, should he run for President, would need to offer something. Voters want to vote for something. This was made abundantly obvious with Hillary Clinton’s campaign, who was basically running for President solely on the fact that she wasn’t Donald Trump. To the very end, I still didn’t know what she was offering or what reason there was to vote for her. Donald Trump, in contrast, was offering to “make America great again,” and reinforced this message with a few simple but potent themes (America first, building the wall, stopping stupid wars and bad deals, and so on). It was a great message for 2016’s climate.

What would Kanye West offer if he were to run for President in 2020 or later? This is where things get hazier, because we don’t know what exactly the political climate will be.

But there are rumblings. Kanye West is arguably testing what his offer could be. Go to 13:150 in the video. You’ll hear him say…

I don’t say 2020 out of disrespect to our President. I’m saying that I got some ideas about the way we should connect our ideas. That we should use opposite parties that the Republicans that the Democrats…that everyone that ran that had an idea that people agreed with should be the collective ideas that are used to run the country.

I think that Hillary Clinton should still be a consultant.

I think that Bill Clinton should still be a consultant.

I think that Obama should still be a consultant.

Connect this with his earlier quip about “the concept of how to do the job of President.”

All of these words are vague, inviting you to fill in the blanks, as they were designed to do. If you think this is random rambling, you aren’t paying attention.

I’m seeing a theme emerge. It’s an offer that turns partisan politics on its head and unites the country around “big ideas,” big ideas that everyone can agree with and connect with. It’s a “stronger together” offer of sorts but packaged far more persuasively than Hillary Clinton could ever hope to do. This is coupled with, and intimately related to, “an entirely new concept of how to do the job of President.”

But If you think Kanye West can’t become President of the United States, you aren’t paying attention.

Especially with the Democratic Party being so shattered, a vacuum exists that an astute persuader with massive recognition and social proof like Kanye West can easily fill.

Are the odds of a President Kanye West really at 90%, as Scott Adams thinks?

I’m not sure. But his odds of being President are far better than most people think. If he took it seriously, I would give him at least a 50% chance in the right environment.

To take the deep plunge into these persuasion triggers and why they matter, dive into Stumped now.