Just two weeks ago, Harvey Weinstein was one of the most powerful men in the cultural fabric. Now, he’s ruined. His empire is a smoldering pile of rubble. He’ll likely be charged with multiple felonies and if the harassment accusations don’t pan out, the way he supposedly wrote hush money payments off his taxes certainly will. That’s a tax break for the rich if I’ve ever seen one!

A lot can change over the course of a few days.

The stunning collapse of the power that Harvey Weinstein once held offers us many lessons on character and our society that we need to take to heart.

The natural inclination is to believe that wealthy, powerful people can get away with things that commoners can’t. Under a narrow interpretation, this is often true. Wealth and power provide opportunities for personal pleasure and gain that poverty or a middle class lifestyle doesn’t. It also makes indiscretions easier to escape from. Yet, this is too narrow a view of the world.

The case of Harvey Weinstein reminds us very well of the central message of Cicero in On Duties – that behavior which appears advantageous or expedient can never be separated from what is morally right. Only the illusion of such a gap exists. To believe in such a gap itself reveals, Cicero says, a depraved character (or at least an ignorant one). No matter how wealthy or powerful you are, chicanery or unscrupulous behavior will always catch up to you in the end, he warns, as if these moral precepts were a force of nature. What are these precepts? Namely that behavior which, if adopted en masse, would make civilized life impossible, is morally wrong. Conversely, behaving in ways that enhance civilized life is morally right.

This code doesn’t exactly meet a standard for that elusive thing called objective morality, but it comes close, and the practicality of On Duties continues to shine even over 2,000 years after it was written. Case in point, if all men or even just a significant portion behaved like Harvey Weinstein, normal relations between the sexes would be impossible. Women would greatly distrust men for good reason. Economic life that is the backbone of a functioning society would be hampered due to this lack of trust and more significantly, the civilization might not be able to reproduce itself due to unstable courtships, marriages, and families.

Under this test, Harvey Weinstein behaved immorally. His belief that his behavior was expedient was wrong because it all came back to haunt him in the end. If you haven’t read On Duties, I suggest that you do (and support Quintus in doing so), because you’d be able to predict these things perfectly.

As a side note, I’m usually skeptical of these cases. “Harassment” is often vague and we know the hysterical climate we live in. Harvey Weinstein was caught behaving immorally (as per Cicero’s test) on tape though, so he’s screwed. The behavior was heard first hand and there’s no reason to doubt it was the only time.

The Harvey Weinstein scandal also reminds us very clearly of something that Louis XIV wrote in his memoirs.

Hence, with wealth, power, fame, status, and the rest, you must be more attentive to your conduct, not less. In fact, it’s here where the idea that powerful people can get away with things that commoners can’t is turned on its head. As Louis XIV well knew, when in power, everything you do is put under a magnifying glass. You also have enemies who would love to destroy you at the first opportunity. Therefore, you have to be more attentive to your conduct, not less. You have to assume that you can get away with less, not more. No one cares about you in obscurity, but with power comes attention, especially to any misconduct you engage in, and then the knives come out.

It’s worth noting that On Duties used to be a standard school text. Now almost no one even encounters it. The costs of leaving classics such as this out of education have been terrible to our social order.

2. “Social Justice” is a Means of Control, not Altruism

I’ve beaten this theme to death throughout the two years this site’s been up, so I see no need to go into great detail here. Harvey Weinstein and his cohort prattle on about the worth of women and feminism and whatever other cause allows them to peacock and virtue signal. This is to, as Thomas Sowell says, distinguish themselves from what they see as “the benighted masses” while imposing social constraints on those same masses as they steal everything behind the scenes.

At the same time, they don’t obey any of these rules themselves. They’ll lecture you about sexism, destroy your livelihood, or even haul your ass off to jail for so much as looking at a woman the wrong way or running bad game, but Harvey Weinstein and the rest of his class can run entire industries based on turning out whores and trading sexual favors for advancement. While they glorify and sponsor the increasing sexual puritanism that’s spreading in the culture, they’re pimps in private. The women aren’t immune either, by the way. While the female members of this class glorify in their “empowerment” and lecture the rest of society, a great deal of “actresses” in Hollywood will willingly, if not gladly, suck the cocks of the Harvey Weinstein types of the world if it means they get to advance (I imagine many more would be willing in this case if Harvey Weinstein didn’t look like a bloated hog on two legs). Certainly this scandal reveals victims that were coerced in more ways than one, but by no means were they all, and this shouldn’t be overlooked. The whole temple of Hollywood stinks. It is less a meritocracy and more a brothel. By no means is this new information. And we all know what exists in the deepest, darkest bowels of the Hollywood brothel – the organized, high level pedophile rings where the sexual trading comes in the form of children.

TL;DR: moral crusaders, especially those in Year Zero movements, usually simply use their “morals” to control those beneath them. It was never about values or morality. The Harvey Weinstein scandal inadvertently reveals the true purpose of feminism and “social justice.”

3. The Romans Probably Had it Right

This scandal blew up in such a nuclear fashion partly because society (at least disproportionately through the media) holds actors and the entertainment industry in such high regard and values what they do with so many dollars. This idolization is rather abnormal. The Romans, for instance, held actors and the entertainment industry in contempt. They thought them little better than slaves. This is why the Emperor Nero was so widely hated. His public stage performances were seen as a disgrace to Rome. It would have flabbergasted the Romans that our culture praises actors and entertainers so highly, much less listen to them as some kind of voice to be taken seriously.

In this, as in so many other things, we can’t be sure that the Romans were wrong. The way the culture takes actors and other entertainers so seriously suggests that something might be off. A huge part of this is that by their very nature, the entertainers that make the big time are disconnected from the gears and levers that keep everyday life going. Leonardo DiCaprio will lecture the benighted over global warming, but he won’t ever have to worry about his standard of living decreasing as a result of the measures he wants to take to address it. Mandy Patinkin will lecture the benighted over taking in “refugees,” but he won’t ever have to worry about them in his own neighborhood. There can be an argument about the stars of yesteryear, but the stars of today are thoroughly disconnected with their own country and its people.

To the Romans, those that were worth listening to the most were the ones with connections to their country. The Roman nobility was keenly educated to take pride in themselves and their nation. They were taught to excel and elevate themselves by also elevating their country. This is why the most respected members in Roman society were victorious generals, who were expected to conduct their battles with honor and personal bravery. Often these men were corrupt and disconnected, especially as time went on, but the idea helped to serve its purpose, especially in the early years of the Roman Republic. 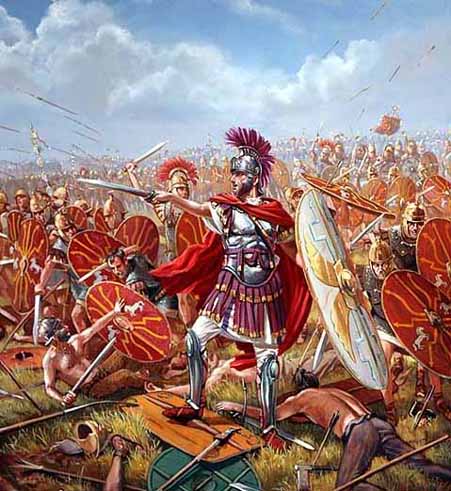 As flawed as this idea was in Rome, it is a helpful one. A healthy society would respect those who have elevated themselves while also elevating their country and remaining connected with the people. We need not look far back in time for this phenomenon either. Both Presidents Roosevelt (Theodore and Franklin) and Eisenhower are great examples of this kind of Roman-like virtue. Again, this signals the importance of the classics that have been removed from a young man’s education over the past 50 years. It’s not terribly surprising that things became a free for all since then. Harvey Weinstein and everyone like him in the corrupt brothel that is Hollywood is only a symptom of even deeper rooted problems.

Finding some of the classical traditions again would go a long way in helping to fix these diseases, or at least preventing their recurrence in the future.

For now, Jeff Sessions needs to investigate how Hollywood operates like a brothel, with the ultimate goal being to root out the high level pedophile rings. It would be expedient (as it would totally destroy a major capital of his and our leftist cultural revolutionary enemies) AND morally right.

Remember when I thought that 2017 would be the year that the big entertainment industry first felt the rumblings of populism, in the same way the political establishment did in 2016? Between the Harvey Weinstein scandal and the NFL meltdown in the wake of its “take a knee” hysteria, does this look to be coming true?

My biggest (public) prediction was Stumped. Read it so you can look smarter by predicting the world better.