Some of you might notice that I’m no longer nearly as active on Twitter as I was at the start of the year. This has yielded numerous benefits that I think are worth sharing. I blame social media, twitter especially, in large part for driving the craziness convulsing through our culture.

If everyone got off of Twitter and experienced the rejuvenation I have, we’d all be a lot better off. Here are some reasons why the lion’s share of people should probably stay off for the most part.

Sure, you’d be stupid not to post your work on Twitter. Expect this post to go up on my feed. But…unless you have a large platform already, Twitter is bad time management. People tend to have the idea when they first start out that if they tweet and tweet, they’ll get a lot of followers. It doesn’t work. If anything, Gab is better for that.

Spending time tweeting hashtags and the like isn’t going to get you followers.

Unless you have a big platform already (celebrity status, a gig at a big publication, someone that’s well-known retweeting you on a consistent basis, etc.), Twitter is a bad return on your investment in time. That’s not to say you shouldn’t try to use it to get your stuff over, but it shouldn’t be a primary focus. It won’t pay dividends in the long term.

2. Staying off Twitter is Better for Your Emotional Health

Twitter runs on outrage. That’s just the way it is. I warned about this very thing at the start of this year and how it was imperative for you to take some breaks from the news and social media.

Well, back then I was involved in the political scene, trying to ride the outrage train to get some followers and pimp my stuff. It worked to an extent in driving traffic…but other avenues were better with a lower bounce rate. Once I realized this, I stopped tweeting for the most part. Not entirely, but for the most part.

The effect on my emotional balance and task prioritization has been wondrous.

As Robert Greene often advises us, emotional states are contagious. Twitter is mostly comprised of leftists having hallucinations and meltdowns…or at least that’s what Twitter pushes and prioritizes, anyway. Those are the things that trend. It’s also a big reason of why the modern media sucks so much. “Journalists” don’t do journalism anymore, but stay in their hugbox on Twitter and throw tantrums together.

Why you would want to be part of that when it serves little strategic purpose, I have no idea. It’ll get you sucked into a tar pit and take your attention from more important things. 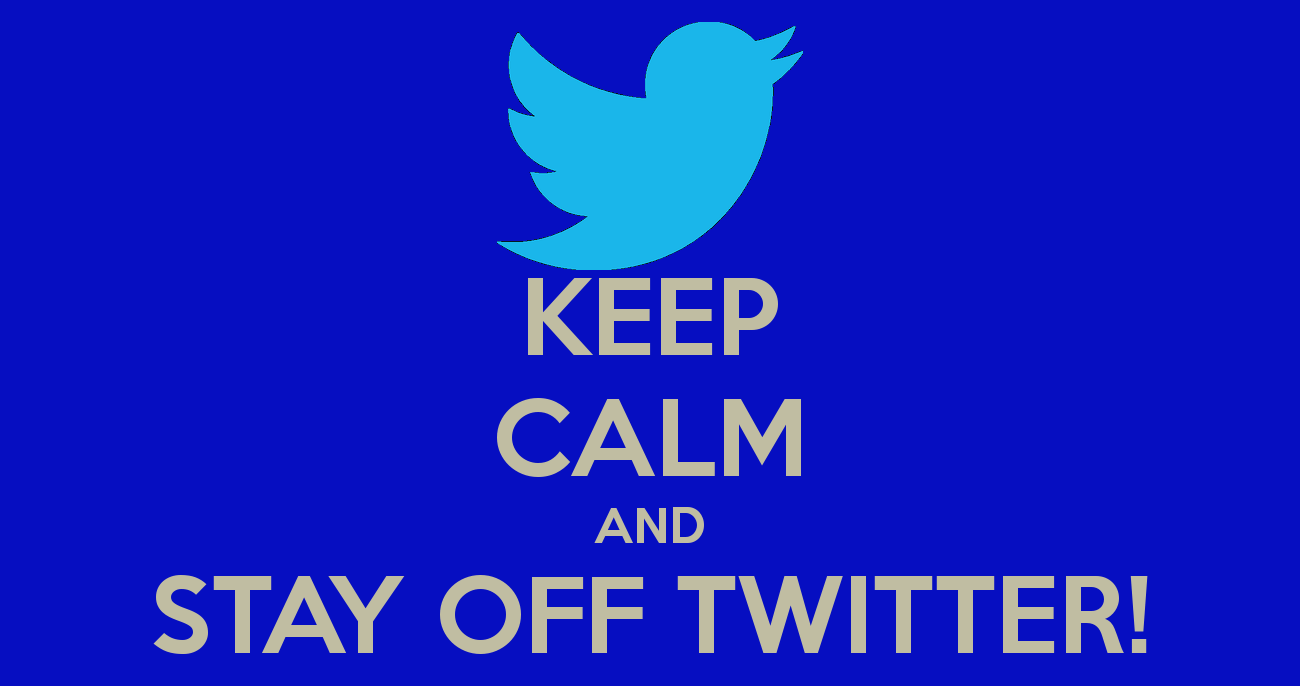 That phrase doesn’t come from me, but Mike Cernovich. It’s one you should live by. What trends there in 2017 is mostly nonsense that has no real effect on your actual life.

Let me ask – has a paid hysterical headline from Carlos Slim’s blog or Jeff Bezos’ blog ever really come true in a tangible way that effects you personally? Or has there been a lot of hysteria but little substance? Has Donald Trump built his concentration camps yet, or was that a whole bunch of nothing that leftists can only hold on to through cognitive dissonance?

Probably no one has a perfect vision of reality, but some are closer than others. Theirs is seriously warped right now, and their constant tweets help them in that. There’s no reason for you to bother with responding to it or even seeing it.

Where some spend time tweeting all day or monitoring trends, think instead what you could be doing during that time. It’s probably more relevant for your life, I’d imagine.

If the NFL sucks up so much time every fall, imagine how much tweeting sucks up from the entire world all year long?

If we’d all just put our devices down, close our computers, and talk to actual people outside or do real work, I’m sure the world would be a much better place.

Dave Rubin has often talked about “going off the grid” and getting off his phone. I’m not saying that you need to go off the grid, just get off the this grid.

4. You Figure Out What’s Really Important

Twitter is a bunch of noise. It’s fully of empty barrels, so to speak. When you don’t hear those voices, you hear more important ones, and you get a better perspective, a higher, more Olympian vision.

In The 33 Strategies of War, Robert Greene goes into detail about what he calls self-directed warfare and the importance of grand strategy. The crucial component is to keep your thoughts focused, to act rather than react, to have a “presence of mind” with a clear head.

We often imagine that we generally operate by some kind of plan, that we have goals we are trying to reach. But we’re usually fooling ourselves; what we have are not goals but wishes. Our emotions infect us with hazy desire: we want fame, success, security–something large and abstract. This haziness unbalances our plans from the beginning and sets them on a chaotic course. What have distinguished all history’s grand strategists and can distinguish you, too, are specific, detailed, focused goals. Contemplate them day in and day out, and imagine how it will feel to reach them and what reaching them will look like. By a psychological law peculiar to humans, clearly visualizing them this way will turn into a self-fulfilling prophecy.

Trust me, spending a lot of time on there prevents you from doing this.

The Emperor Marcus Aurelius, in his famous Meditations, says that one should never worry about the thoughts of others, but only your own.

Twitter absorbs you in others’ thoughts. Look at how the media melts down every time Donald Trump tweets, something he’s keenly aware of. They’d feel better if they spent less time on their phones tweeting. Then maybe our self-proclaimed intelligentsia would be a bit more intelligent.

Twitter is a waste of time unless you already have a large platform. You won’t build one just on Twitter and there are many other negatives associated with it. Even if you do have a big platform, spend less time on Twitter, not more. You don’t need it so much at that point anyway.

If you want to do something productive with it, find out how to drive news cycles with your big Twitter platform by reading Stumped.