I’ve often remarked here that the absence of a proper, holistic education is one of the leading causes of the social decay we’ve seen accelerated over the past few years. Quintus has been arguing it before me, so I’m not the only one saying this. The lack of a proper education is a crucial part of the toxic formula that gives us the Harvey Weinsteins, the shrieking “social justice” peacocks, the gender confused freaks, the pajama boys, the meaningless expressions of masculinity through the NFL, and a pliant population that the plutocratic insurgency can easily take advantage of.

The most glaring flaw I’ve come to see in the modern education regime is that it only seeks to cram facts into students heads and nothing else. I use the word “facts” loosely, as though facts are rarely ever “just facts,” nowadays especially, “educators” seek to cram as much politically correct propaganda into the heads of their students as possible, from the university level down all the way to pre-K. To quote Thomas Sowell, reality is now optional.

In contrast, earlier regimes of education realized that it was important to not only to put the knowledge of the world into the minds of students, but also to teach them how to use it well. Character and wisdom were as important as knowledge. As the old saying goes, “knowledge without wisdom is dangerous.”

The odds that the schools will change anytime soon aren’t high, so you shouldn’t get your hopes up. Instead, we have to find an extra-scholastic program for education, one that we can enthrall ourselves and, through popularization and brotherhood, up and coming men in. Let schooling be schooling, but let education be education.

We’ve noted before that the Classics were a staple of Western education until the mid-20th century. A good education was seen as not only teaching the young facts, but in inculcating a good character among them. This meant that they were expected to be responsible to forces outside of themselves, whether country, God, or simply peers and competitors that they would have to look good against. Many of the values of their times may have been primitive by our standards, but this is a dynamic that should not be forgotten.

Knights in History and Legend covers the educational program that a knight-to-be would receive from childhood to the time he was ready to become a knight. I wanted to quote the rudiments of the program because it conforms closely with what I’ve been talking about:

Mastering all the skills of war – fighting with lance and sword, from horseback, on foot, and one on one – was just one part of the knight’s education. His long training was also aimed at producing a literate man with courtly manners.

The boys received a good basic education, learning to read and write, both in the vernacular and, to some extent, in Latin, and also being taught arithmetic. These were skills that they would need when adults – the ability to read and understand contracts and charters, and to be able to keep track of their income and obligations. Like their contemporaries in the church, they were exposed to Classical Latin authors, even if only to excerpts from the works. These pagan authors were considered to offer excellent examples of how someone strong and powerful was supposed to behave in the secular world: with modesty, with restraint, and with self-control – all attributes that must have been difficult to impress on rambunctious boys who could hardly wait to be able to lay about them with a sword.

The boys’ literary education was accompanied by a religious education, so that they grew up with the rudiments of Christian theology and a good appreciation of the main points of doctrine.

In addition to a basic Classical education and military instruction, the boys also received extensive training in courtesy. They were expected to know how to behave properly in polite society, which included speaking in a cultured manner, dressing properly, keeping themselves clean – not forgetting their fingernails – and practicing such arts as dancing, music, and poetry. In spite of the brutish violence inherent in fighting and killing with lance and sword, knights always wanted to regard themselves as refined.

A courteous young man would learn to sing and play an instrument, so that long winter evenings could be spent in musical entertainment. Such evenings might also be spend reading epics and romances aloud. Many of these works were doubtless written by professional minstrels, but knights certainly authored some of them, indicating that they had the background in writing and in poetry to make such compositions possible.

The young men would also learn to play games, especially chess, which has not changed very much since the Middle Ages. This game about bishops, knights, kings, and castles was considered to be especially appropriate for the aristocracy. And, of course, the young knights were expected to be able to converse with ladies appropriately, without being coarse or tongue-tied with shyness. 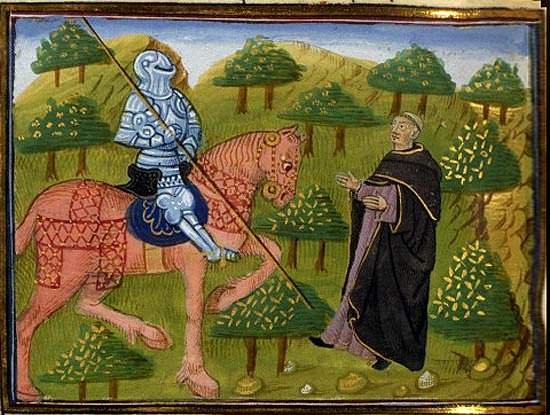 And of course, the close-knit units that would form as a result of this training carried over for the rest of the knights’ lives, making for cohesion on the battlefield and in everyday life.

Notice the emphasis not only on knowledge, but how to live with it in the best way. Imperfect as the knights themselves may have been in practicing this education, the virtues of it speak for themselves.

A Knightly Program for Today

How can we make a more complete educational program for today’s youth based on similar principles? There would certainly be less emphasis on religiosity in today’s program, but certain principles would remain. The spiritual aspect of character development, if a bit less supernatural, is still crucial.

I think a good program would be based on the following items:

Quintus has gone into detail on this before, in his Thirty Seven, but I think this is a good starting point.

How could something like this be spread, since the schools obviously won’t do it?

Popularization through internet networks and cultural outpourings (see The Red War soon) could work, but in my mind, nothing would be better than a fraternal brotherhood devoted to these things. Belonging to a prestigious organization is itself a source of pride and a sense of responsibility to do right by the group. There is a higher authority outside yourself.

Knights prided themselves as being members of a wider order of chivalry, even if no such formal order or code even existed. The idea of it was important and sometimes it was taken to the extreme. The Knights Templar and Hospitaller are even more specific cases. 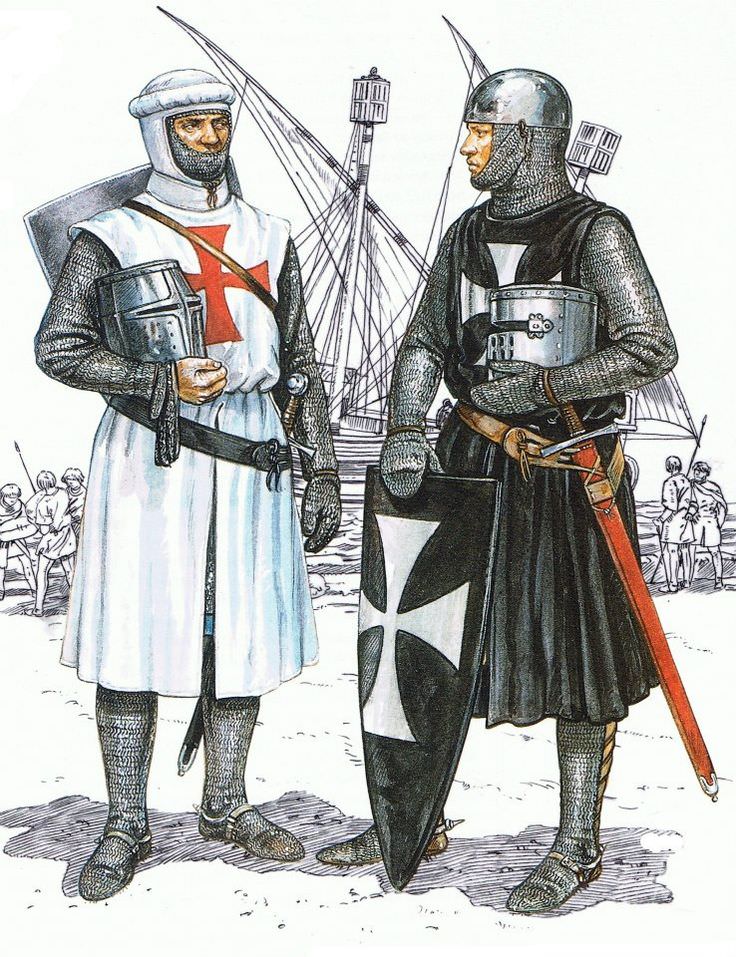 A formal fraternity and network promoting this new kind of education could go a long way, I think. Any ideas?

To learn the skill of persuasion, which is more important than academics, read Stumped.