A year flies fast, doesn’t it? As always, the name of the game is building a talent stack – a series of skills and behaviors that increase your odds for success finding you in the long run. This, combined with the proper mindset and strategy, is your best chance. These 10 books are ideal in furthering that cause, much like last year’s list was.

Everything starts inside your own mind. Controlling it, focusing it, and overcoming bad thoughts are the foundation on which everything else stands. I’ve read snippets, but amazingly, I’ve never read the full Meditations by Emperor Marcus Aurelius. Highly regarded for 2,000 years by no less figures than Frederick the Great and Secretary of Defense James Mattis, who carried a copy on his deployments, it’s not only a mindset book, but a masterpiece of Stoic philosophy, which is helpful in conducting your affairs. See Cicero’s On Duties for more on that.

Written as a guide to keep himself mentally strong while on campaign in Germania in a series of hard-fought wars, it will probably help you to focus and keep strong in the lesser trials that you face every day. It will also help to give you a strong mental starting point from the moment you wake up. 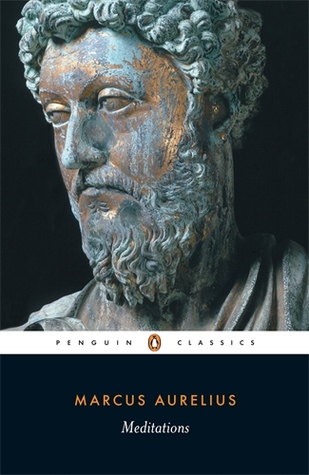 The Book of Five Rings

Miyamoto Musashi achieved fame as a great warrior, but his success wasn’t because he swung a sword better than his contemporaries (they were all probably roughly equal). Rather, he became the most renowned Samurai of all time because of his strategies and ability to psychologically undermine his opponents.

Distilling his strategies and mental system in his landmark Book of Five Rings, Musashi has been a favorite of warriors of all kinds in the four centuries since. 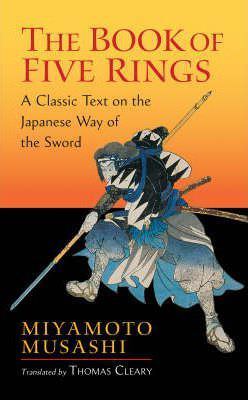 A good biography of a successful man from the past is crucial to any list like this. By associating with good people, you become like them. And with a new year comes a new biography from the men listed in “my 20 men exercise.”

John D. Rockefeller was possibly the richest man in the history of the world. Yet, he came from nothing. Rising from poverty and obscurity to become the greatest-ever captain of capitalism, it’s clear that his success came from a good system that he created for himself, ranging from his personal qualities to the way he did business.  As unscrupulous as he was dynamic, can we learn from his best qualities and discard his worst ones?

Titan’s 500 pages answer those questions. We see Rockefeller as a titan of industry and as a man whose conflicting personal qualities drove his equally conflicting actions, which were successful in every theater they were applied. 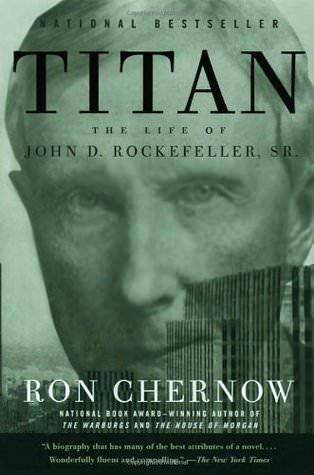 When we examine successful people, we find that they all have a few things in common, despite their very different careers and personalities. I have my own bullet points on what those are, but Robert Greene has an entire book on the subject.

Always reliable on distilling the inner essence of power and the history of achievement, and translating those lessons into usefulness for everyday life, Robert Greene explores the common traits of success in his fifth book, Mastery. If there’s something missing, Mastery allows us to find it. If we possess some of these traits, Mastery allows us to apply them in the same way the great figures in history did. 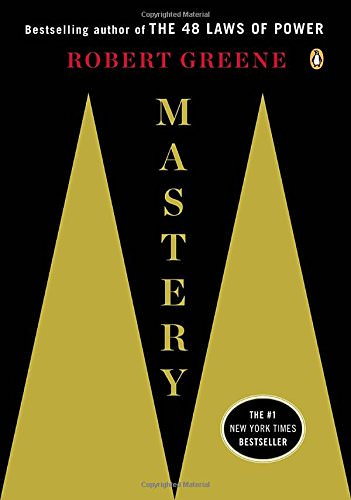 What Every BODY is Saying

There’s an old saying that the plan goes out the window once the first shot is fired. Forced to improvise, things often become a contest to see which competitor has the best instincts. Indeed, successful people, ranging from Caesar to Rockefeller to Trump, tend to have very good instincts.

But that still leaves too much to chance. Wouldn’t it be better if there were a quick, reliable method of gathering intelligence in your daily battles, to give you something more than an instinct or an improvisation? Thankfully, there is. It’s body language.

I don’t need to explain that most interpersonal communication is nonverbal. I’ve done that already in my effusive praise of former FBI Agent Joe Navarro’s Read ‘Em and Reap! He has an even more detailed book on nonverbal communication in What Every BODY is Saying. Here, a former interrogator specializing in nonverbal communication shows you how to hear an entirely different language – the dominant one we use. Without that knowledge, you might as well be deaf. 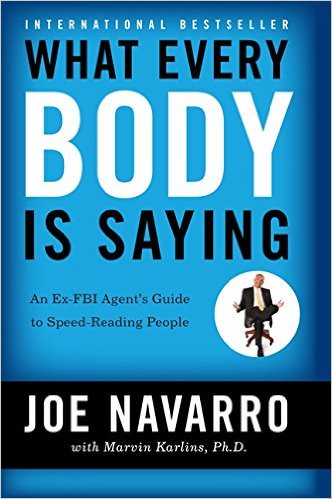 The first five books were applied to an “inner game” of controlling, focusing, and enriching yourself. The next five will be geared toward taking those lessons, combining them with proper technique, and taking action.

Dilbert creator Scott Adams has achieved a new mainstream relevancy in recent years, as he was the first prominent public figure to declare that Donald Trump would not only win the Republican nomination, but the presidency. People laughed at him back then, in the summer of 2015. As the sun rose on November 9th, 2016, they stopped.

It was only a matter of time before Scott Adams came out with a book on it all. Indeed, he was one of a precious few actually qualified to write a book on this subject. It finally arrived in October of this year. Win Bigly will be an invaluable tool for all aspiring master persuaders. Explaining how Donald Trump used his persuasion skills to defeat the entire world, it also shows you how you can harness those skills for your own battles in life.

Written about a master persuader by one, it’s a sure must-read for all future success stories. 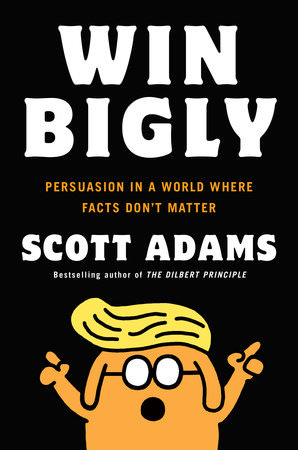 When you think about Donald Trump, one word stands out, one that his most ardent supporters and his biggest haters would agree on. He’s memorable. And to be persuasive, you have to first be memorable.

That’s the theme of Impossible to Ignore. Praised by experts in the field like Scott Adams and Robert Cialdini, it’s all about creating the most memorable content, and thereby influencing the decisions of your prospects.

If you want to become more memorable and therefore more influential, this is a volume you can’t afford to ignore. 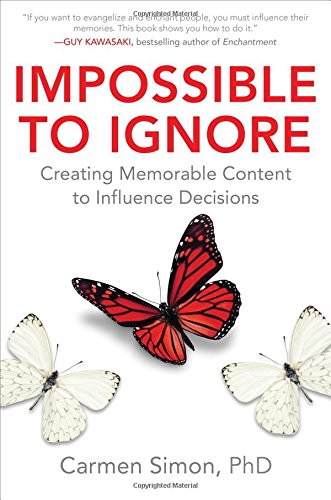 Designing with the Mind in Mind

In today’s world, most interactions of any consequence for your bottom line will be done via a screen. It’s all digital, no analog. Therefore, user interface design has become vital. It’s no longer possible to outsource this to an expert, because more and more of your everyday interactions with people are going digital. Therefore, you’ll need  a working knowledge of the basics of UI and design. It’s one of Scott Adams’ recommended skills for a reason.

That’s where Designing with the Mind in Mind comes in. It bridges the gap between ancient human psychological responses and the digital age by applying those unchanging aesthetic preferences into a digital context. Showing you how to design your online endeavors to get the best possible responses rooted in our deepest psychology, it’s another essential tool to any aspiring master persuader, since persuading is increasingly done by computer. 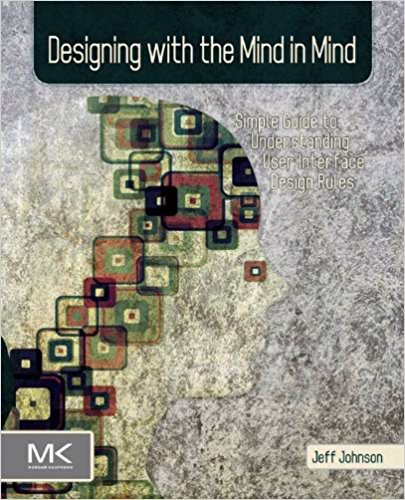 Despite the flowering of social media in the past decade, email remains the most effective form of marketing. Check your Google Analytics stats for proof. You’ll see that Twitter links bounce fast. Facebook links are a bit better. Users linked from email stay on your site for a long time.

Email marketing is a delicate art, though. Spam is everywhere. Subscribers are very sensitive to it and it’s easy to lose them. Your messages might not even reach your subscribers’ inboxes if you set off a filter. Those filters, meanwhile, can change without your being aware of them. Unless you’re a dedicated expert in the field, you’re likely to miss a lot.

That’s why it’s a good idea to get a system from someone that devotes more time to this than you do.

Email Persuasion has excellent reviews and seems to have withstood the test of time (four years in this context is forever). Giving you psychological and technological insights, it looks to be an ideal handbook for those looking to get more advanced in this area. 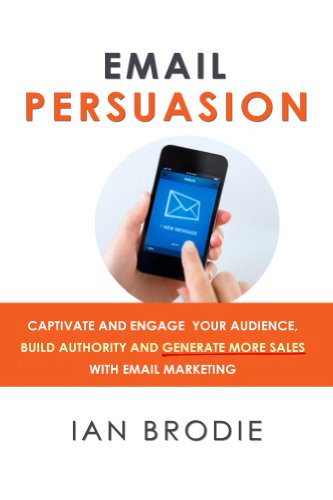 Once more, here’s where our paths might diverge. While you might be doing something totally different, more and more this year, I’ve been getting into freelancing and want to turn it into something more. The idea right now is to get my feet wetter and more organized, and from there, take it to higher places.

That’s where The Well-Fed Writer comes in. Written by a guy who’s done it and well-recommended by other freelancers, it’s a good, cheap guide and system to help you generate your money on your own terms. 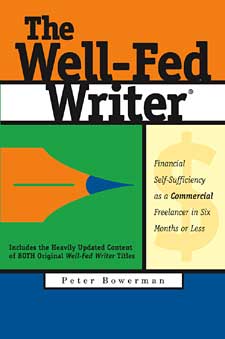