This is a guest post by Jack at Road to Solidity. He blogs about masculinity with an emphasis on attraction and the seduction lifestyle. I’ll leave it to him from here.

Every boy needs a role model to grow up and live life the right way.

Role models show us the way to go. They show us how to behave in certain situations, how to cope with certain issues, what relation we should have towards adversity, and so on.

Role models are useful not only to young boys who want to grow, but also to men who need to get inspired and motivated.

In a healthy and morally strong society, a boy’s role model should be his father, but unfortunately, for many reasons, that all too often hasn’t been the case in today’s world. Many boys are brought-up by a single mom and have no father to look up to.

And boys who have the chance to have a father at home aren’t always better off. Unfortunately, many fathers are not masculine men their sons can look up to. Many fathers have been emasculated by society or by their wife, and as a result aren’t models to follow.

And since they have no father who can be that role model, they look elsewhere: TV, magazines, movies, and so on.

And as you can expect, they rarely choose the right role models. They tend to follow effeminate singers, soy boys, shitty celebrities, poor characters from movies or TV series…

And it’s not really their fault. They choose what they have in front of them. They choose the role models they believe to be good for them.

Young boys are easy to influence and easy to fuck up if you know how to speak to them.

Unfortunately, the ones who tell young men who their role models should be are often those who want to emasculate them.

It’s then no surprise that many boys follow some role models who gut their confidence and destroy their identity.

In order to help young men go in a healthy direction, just give them some role models to follow and make sure these role models are good in inspiring them to follow the path that makes them powerful and successful.

By showing and following role models who seem to lead a great life (that is to say role models who are successful with women, who are rich, who are loved by people), you can help young boys want to follow them.

As a result of walking that path, they progressively start to look like those role models.

To become a strong man, aware of who he is, aware of his roots, you should follow the right role models.

And as you have understood, the right role models usually are not the ones who are highlighted in the medias, in magazines, in movies or in TV series.

To find strong masculine role models, you should do the digging yourself.

Instead of looking up to some poor media personalities, look up to true masculine leaders. Look up to some men who have shown their skills and their bravery. It can be some political figures, some generals, some business men, some explorers whose biographies you can read. 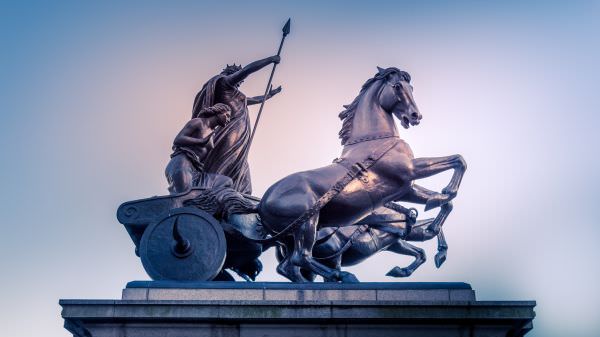 Here are a few examples of inspiring role models:

As you might have expected, you can find much inspiration by looking in the past. There are many biographies and stories you can read about past political figures that that will inspire you.

– Charles Martel: A Frankish statesman and military leader who prevented the Muslim conquest of Europe with a victory in 732 during the Battle of Tours. Charles Martel was a very active man who had a sense of priorities. Indeed, back in time, there were many internal quarrels and wars among European themselves. Charles Martel took the right decision and formed alliances with his fellows in order to stop this invasion. The Battle of Tours changed history.

– Godfrey of Bouillon: A Frankish knight, who was one of the leaders of the First Crusade from 1096 until its conclusion in 1099. Godfrey of Bouillon gave up his relative personal comfort to go to the Middle East to rescue Christians who were constantly harassed and slaughtered by Muslims who had invaded the area. He took back many cities from Muslims, including Jerusalem. His courage and energy in battle were impressive, as well as his focus and determination to fulfill his mission. Indeed, while many barons settled down in newly conquered lands to rest and live a comfortable life, Godfrey of Bouillon didn’t really care about his personal wealth and comfort and stayed focused on conquering the area.

– William Wallace: A Scottish knight who fought for the independence of Scotland during the 13th century. Thanks to his strategic use of terrain, he defeated the English army at the Battle of Stirling Bridge. He was able to gather a substantial army thanks to his ability to gather people and inspire them.

You can find some interesting role models in movies or TV series. But be careful here: it’s easy to pick some wrong role models and follow bad examples. As you noticed, Hollywood constantly floods us with terrible role models.

But fortunately, there are still some great movies with self-assured, masculine characters.

Here are some examples of role models you can find in movies or TV series:

– James Bond: 007 is a great role model when it comes to adopting a strong masculine attitude towards women. His unapologetic and strong vibe makes him a great example to follow. What’s more, his life doesn’t revolve around women, he gives priority to his mission. He also show great emotional control and mental strength, which is a quality every masculine man should possess. However, he’s not perfect and has some bad habits such as drinking quite a lot of alcohol. Alcohol impairs your mental faculties and focus.

– Ragnar Lodbrok: The main character of the Vikings TV series. This man has many qualities, such as courage and strength, great intellect, and a sense of legacy. These qualities have helped him conquer lands, form alliances and raise strong sons. To defeat his enemies, he not only uses force, but intellect also. That’s why he’s often victorious. He constantly keep an open mind, which allows him to understand his enemies.

– General Maximus Decimus Meridius: The main character of the movie Gladiator. General of the Roman Army, he has great strategic skills, as well as courage, strength, and a sense of justice. Even at his lowest point, he found the energy to make a plan and fight, in order to avenge the assassination of his wife and son.

You can find great masculine role models by looking at some Mythological heroes.

– Hector: The Trojan prince who fought bravely in the Trojan war, but was killed by Achilles after the latter decided to avenge the death of his friend Patroclus. Hector is a great example of honor and courage. He has a great sense of family and duty. He wants to avoid war in order to protect his people, but is ready to fight like a lion if he has to.

– Achilles: The hero who was killed by Paris in the Trojan war. Achilles knew he would die during this war, yet he decided to fulfill his destiny. He wanted something greater than himself. He did this for glory and looked beyond death.

– Ulysses (Odysseus): Another hero of the Trojan war, who is well known for his great intellect. It was he who had the idea of the Trojan horse that allowed Agamemnon to be victorious. His journey back to Ithaca after the Trojan war was so challenging that he had to come up with smart plans and thoughtful tricks in order to survive and triumph. 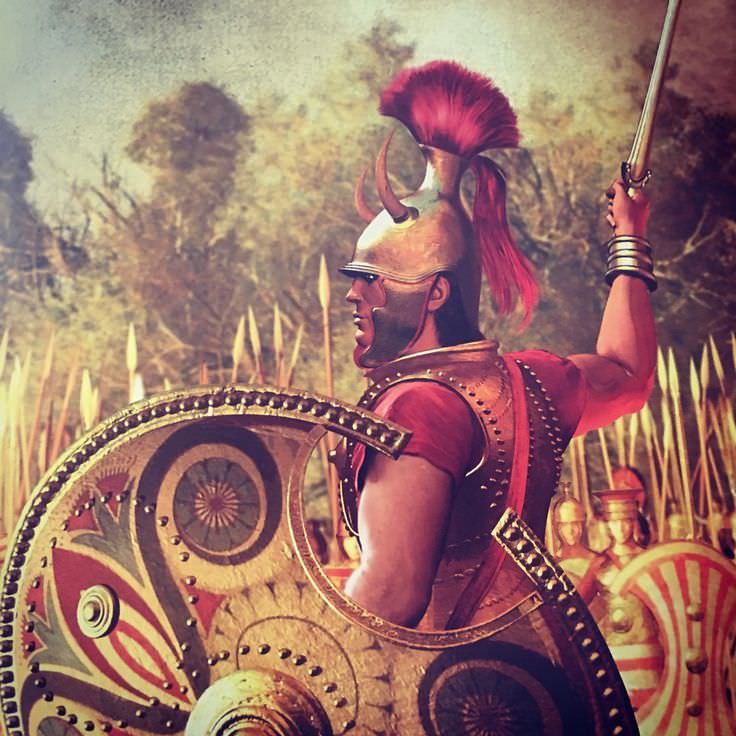 One thing to understand:

Most of the men listed above are not perfect, but they all have great qualities that you can copy and apply to your life.

I just gave you a few examples here, but you can find many more inspiring and interesting role models out there.

Biographies of such characters are very inspirational and let us appreciate the determination and the courage men had back then.

Following truly masculine role models who contributed to forging your civilization are a great way to reinforce yourself and to become more solid.

This is very effective to reinforce your identity and to boost your self-confidence.

Not to mention the fact that those role models will help you take the right decisions and adopt the right strategies to go through life and accomplish great things.

So from now on, throw away the poor role models your enemies want you to look up to, and follow some role models that will make you truly grow.