For some reason, I hadn’t read Sun Tzu’s The Art of War in years. I’d forgotten a few things about it, like how short it was. I’d also forgotten how each and every passage has something valuable to teach. If you’re reading The Art of War, you better have a notebook ready!

The thing you need to understand when reading The Art of War is that it isn’t primarily a military book. Sure, it deals with tactics and strategy, moving and supplying an army, terrain, and so on, but the thing that ties it all together is psychology and persuasion. Sun Tzu famously says in the first chapter of his treatise that all warfare is based on deception. The comparative strength of the two forces isn’t nearly as important as the psychological warfare that precedes any clash of arms. A smaller army could destroy a larger one if the commander of the larger one is deceived into a vulnerable position.

Thus, because the topic is primarily the enemy’s mind, The Art of War is useful in any endeavor you may pursue.

The Art of War is about persuading your opposition:

Sun Tzu doesn’t actually tell his readers the precise methods on how to persuade their opposition of these or other things, but he lays out the principle and makes his readers aware of it, which alone is a valuable service. Most people, as he would say, fight first and then look for victory. Unclear about their strategic objectives, they wind up defeated by their own aggression and confusion.

If you’re to wage war successfully, you need to know what you want out of the enterprise and your opponent’s psychological predilections in order to be able to deceive him. For example, the planners of D-Day knew Hitler’s mind inside and out. They knew he had a megalomaniacal belief in his own competence while believing his subordinates were incompetent. They knew he was a control freak. They knew he feared General George Patton. They used all of these things to persuade him that the D-Day landings would take place at Calais and that the Normandy landings were a diversion. It was a strategy Sun Tzu would approve of in The Art of War.

By knowing your goals and the audience you need to persuade, you can wage the kind of campaign Sun Tzu advises in The Art of War. If you don’t know, you’ll at best, win only half your battles, and the victories will be costly. He says thus:

The highest form of generalship is to baulk the enemy’s plans; the next best is to prevent the junction of the enemy’s forces; the next in order is to attack the enemy’s army in the field; and the worst policy of all is to besiege walled cities.

Longtime readers might recognize in here a similarity to Caesar’s method of operations. Most observers expected him to lose his war against the Pompeians. Caesar was outnumbered, technically an outlaw, and his enemies’ base of operations was the wealthier eastern provinces, which would eventually translate into an overwhelming advantage in money, manpower, and supplies. However, Caesar disrupted his enemy’s strategy by his acts of clemency, winning over the public in both Rome and the provinces, including Pomey’s eastern base. The result was that Caesar’s power base grew and by bottling up his enemy in Greece, the elites in the Senate eventually got Pompey to fight the battle Caesar wanted.

By denying them legitimacy, preventing them from making use of their eastern power base, and taking advantage of the pompous fools in the Senate like Cato who surrounded Pompey, Caesar got what he wanted with minimal losses, while his enemies lost everything.

That is what Sun Tzu means when he talks of “baulking the enemy’s plans.” Contrast Caesar with the hotheaded Varro who fought a battle against Hannibal while relying only on his brute strength. Cannae was the bloodiest day in ancient history.

To succeed at the art of war, you need to fight at a level above the plane your enemy is thinking on.

Persuading Your Own Men

Sun Tzu doesn’t stop at deceiving the enemy. He elaborates at length in The Art of War in persuading your own men. How do you get them to fight hard? How do you motivate wavering men? Sun Tzu has some helpful advice:

Now a soldier’s spirit is keenest in the morning; by noonday it has begun to flag; and in the evening, his mind is bent only on returning to camp.

A clever general, therefore, avoids an army when its spirit is keen, but attacks it when it is sluggish and inclined to return. This is the art of studying moods.

To refrain from intercepting an enemy whose banners are in perfect order, to refrain from attacking an army drawn up in calm and confident array – this is the art of studying circumstances.

Do not pursue an enemy who simulates flight; do not attack soldiers whose temper is keen.

There are many more things that Sun Tzu goes on about, most famously about soldiers preferring death to flight if there’s no escape.

Examining the moods of your own forces and those of the enemy is key to a victorious campaign. This is something that the most successful generals like Marlborough instinctively understood, while failures like Hitler would routinely throw defeated and demoralized men back into the meat grinder against an enemy whose confidence was on the upswing.

One of the most enthralling passages of Homer’s Iliad is at the end of book 8, after the Trojans sent the Greeks into retreat against their ships:

And so their spirits soared as they took positions down the passageways of battle all night long, and the watchfires blazed among them. Hundreds strong, as stars in the night sky glittering round the moon’s brilliance blaze in all their glory when the air falls to a sudden, windless calm…all the lookout peaks stand out and the jutting cliffs and the steep ravines and down the high heavens bursts the boundless bright air and the all the stars shine clear and the shepherd’s heart exults – so many fires burned between the ships and the Xanthus’ whirling rapids set by the men of Troy, bright against their walls. A thousand fires were burning there on the plan and beside each fire sat fifty fighting men poised in the leaping blaze, and the champing oats and glistening barley, stationed in their chariots, stallions waited for Dawn to mount her glowing throne.

And contrast to the stark terror of the Greeks:

Now as he scanned across the Trojan plain Agamemnon marveled in horror at those fires, a thousand fires blazing against the walls of Troy, and the shrill of pipes and flutes and low roar of men. And now as he glanced back at Achaea’s troops and ships he tore out his hair by the roots, he looked to Zeus on high, and groaning from the depths of his proud, embattled heart.

Homer wrote several hundred years before Sun Tzu, but the latter would certainly recognize this theme in his poem. The Greeks were routed until Patroclus provided some new confidence. Agamemnon attempted to attack the Trojans when their spirits were keen, and for a while succeeded, but his offensive was halted and thrown back with even greater losses. It was only through a tactic out of Sun Tzu – the Trojan Horse – that the city fell. 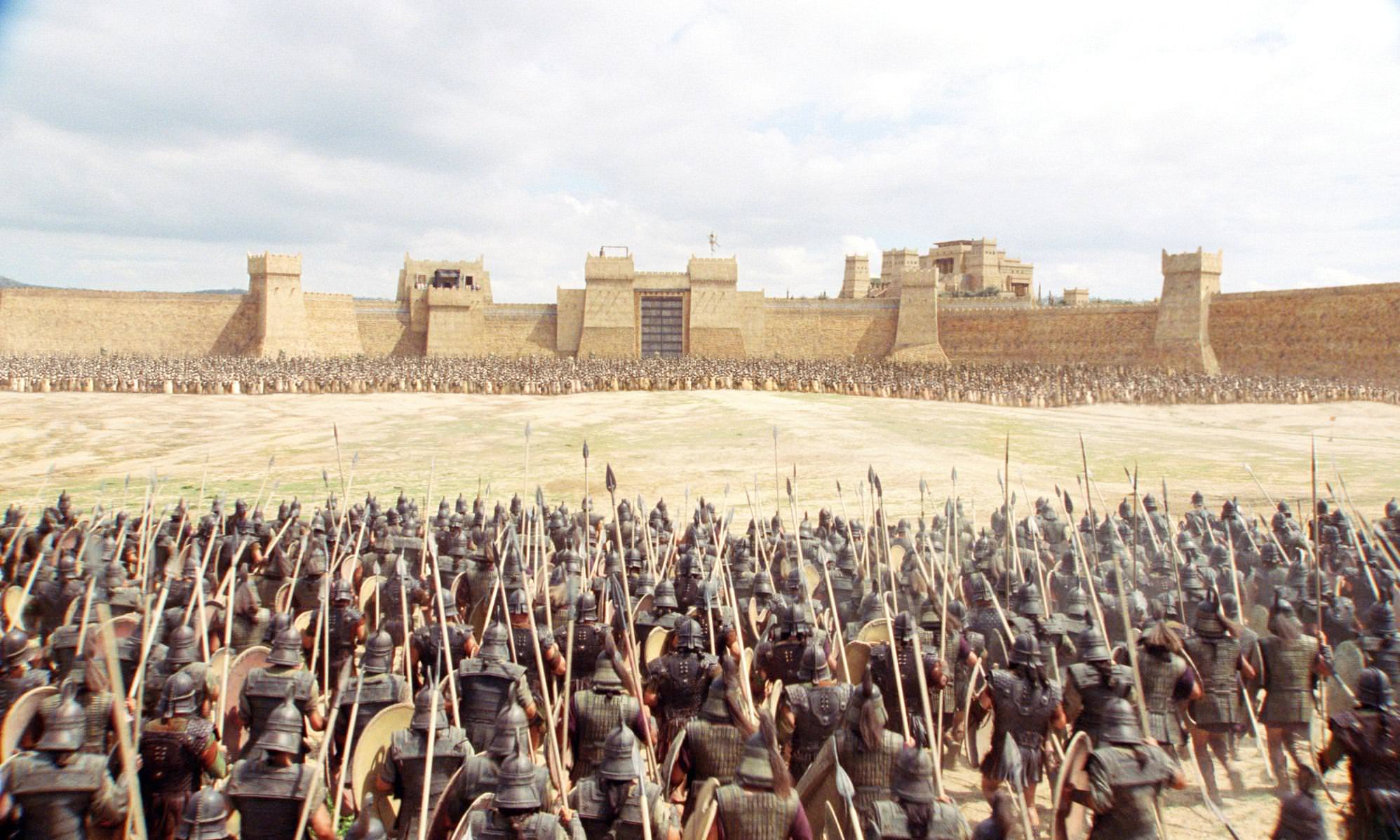 The Art of War is a book that outlines how a good leader combines persuasion, psychology, and timing to get results. If there’s one constant, it’s that successful leaders, in fields far beyond traditional warfare, employ his methods, while failures disregard them. You’ll note that in Stumped, one of the reasons I predicted Trump’s success was because he was using the methods of Sun Tzu while Hillary Clinton was fighting first and then seeking victory.

The book is short. You can easily get through it in one sitting. There’s perhaps no more efficient use of your time reading a single book. My version is the Barnes and Noble Classics version, which I picked up for less than $10. It’s better than reading it online. There are a lot of useful notes as well.