This is a guest post from Jared at Legends of Men. He primarily writes about masculine literature and relationships, and just did an interview with the famous Jack Donovan this week. I leave the rest to him.

When food is abundant, and promiscuous women are abundant, and drugs are abundant, and material goods are abundant, and there’s no immediate need to exercise, or breed, or abstain, what compels you to overcome the temptation of such vices? For millennia, perhaps even throughout pre-history, religion has served this role. But what happens when religion isn’t a part of life or when it doesn’t compel you to control your vices?

Stories have served this same purpose, and one of the best of them is Homer’s The Odyssey.

The Odyssey is one of the most cited examples of a hero’s journey. Joseph Campbell, the first to recognize a pattern in myths and hero stories across the globe and throughout time, identified 17 steps to a hero’s journey.

In this journey, a man is transformed from his former self into a new hero. He leaves the world he has known, the ordinary world, travels through a world of magic, and returns home transformed.

In the magic world, the hero will gain new skills, come to grips with his inner demons, find a powerful love that motivates him to complete his journey, and overcome the personal flaws that prevented him from returning home, having slain what beasts needed slaying. In the great stories, the moral of the story is revealed when the hero overcomes his primary flaw. When he does this, he will have grown enough to do what must be done to complete his journey. Odysseus’ primary flaw is his willingness to succumb to vices.

In The Odyssey, Odysseus leaves the shores of Troy to return home to Ithaca, but he doesn’t make it. Instead, Odysseus attempts a failed piratical raid (the vice of greed) on Ismaros. Odysseus and crew next visit the lotus-eaters, where the latter eat fruits that drain their energy (the vice of drug use).

They next land on an island inhabited by a cyclops. The cyclops eats many of Odysseus’ crew, but with some cunning, he and the survivors break free. As they are fleeing, Odysseus taunts the cyclops (the vice of hubris). The cyclops cried to his father, the sea-god Poseidon, to curse Odysseus. And curse he did.

He spent a year on the witch Circe’s island, where he stayed enraptured in her seduction (the vice of lust). He next sought council from the dead. It’s from his dead mother that he learns that his faithful wife and dutiful son are besieged by opportunists back in Ithaca. Unfortunately for them, Odysseus is not ready to forgo his vices yet.

When he and his crew sail past the sirens, his crew has wax in their ears, but Odysseus is tied to the mast and free to listen to the sweet song, which is just another empty pleasure. On the island of Thrinacia, his crew eats the sacred cattle of Helios (the vice of gluttony). Only Odysseus abstained, and for that he lived while the rest drowned. Every time Odysseus or his crew fail to resist temptation, they pay a price for it.

Atonement with the Father

The most important step of the hero’s journey is the atonement with the father. This is where the hero comes to grips with his primary flaw and overcomes it. It is also where the moral of the story can be understood.

The father is a metaphor, though in some stories it is a godly father. The father represents the hero’s flaw. Only by atoning with the father, or accepting and overcoming the flaw, can the hero complete his journey. This is an atonement, not an elimination. The flaw is still there, but it no longer controls the hero, like it previously had.

Odysseus’ flaw was his willingness to give into his vices. Only after he proved himself to the gods by refusing immortality for seven years did he demonstrate his ability to overcome his vices. They were still there, but for seven years, he remained homesick with thoughts of his wife, son, and people. He did not succumb to the temptation of an immortal life of lust, greed, and gluttony. For that, the gods freed him to return to Ithaca and complete his journey.

The Lesson for Playboys

How many young men would choose a life of immortal pleasure with Calypso?

But lust is a temptation even Odysseus had to overcome. Odysseus, King of Ithaca, revered among Greek kings, had to learn that a life of cheap pleasures was a prison. St. Augustine said, in much prettier prose, that a man has as many masters as he has vices.

This was as true of Odysseus as it is true to us. If Odysseus had control over his vices, he could’ve spent his days home, in Ithaca, where he was King, with his loyal wife as his companion and his son to make him proud. Odysseus learned this lesson too late, but you do not have to. 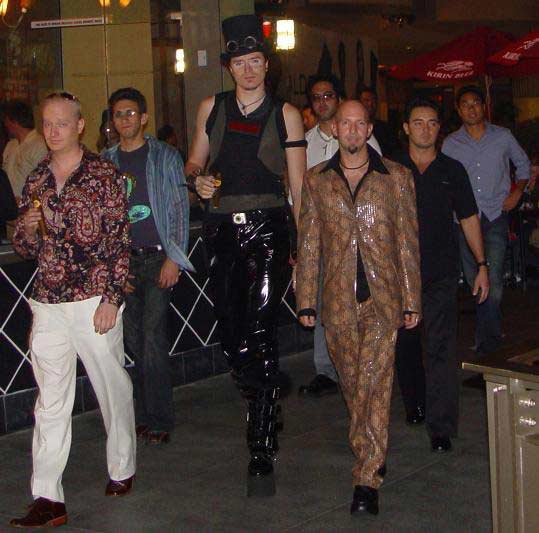 One cannot have level three or four happiness if they are pursuing level one or two happiness. You can either choose cheap pleasures or deep fulfillment, but the two do not mix. Homer knew that young men must seek a life of fulfillment, lest they waste it on vices. This is a lesson that young men have forgotten, and one they must take to heart before their life passes them by.