A few days ago, I learned that a member of my other project, the OBD Wiki, had died. The cause of death was cancer. He was 27 years old. It was confusing news. I wasn’t sure how to respond, because I’m not an emotional guy. But my regret that such a young life would be snuffed out was inescapable.

It was also a major wake up call.

He was four years younger than I am now. Cancer just crept in and took him anyway. The age didn’t matter.

Sure, it’s unlikely that something catastrophic will happen to you at such a young age, but obviously, it can.

And cancer isn’t the only thing out there waiting to kill you. The universe is an unfriendly place. You can get some other disease, or into an accident, or meet with some other unpredictable catastrophe. The fact is, at any given time, you may only be seconds away from death. It’s unlikely, so you shouldn’t panic, obviously, but what if it does come? Would you be satisfied with how you lived?

Young people don’t think about death as often as they should. The impulse is understandable, but you are not immortal. In fact, the quest for immortality of the body, as opposed to your name and soul, is a sign of hubris. For Odysseus, it would have meant losing his kingdom and the glory he’d won in the Trojan War. For Frieza, it meant his defeat and humiliation at the hands of a “lowly” Saiyan. For the world of Ghost in the Shell, it meant prosthetic bodies which can be hacked, and the increasing loss of essential human characteristics to a machine-like existence.

For me, it was in 2017, when I realized that my 20s were coming to a close, that the my mortal vulnerabilities started becoming concrete. I’d written about, even dedicated this entire blog, to doing great deeds in life so that you leave your name behind in stone after you die, but the sense of urgency ticked up a notch after that. It became less abstract, more real.

Time ticks by fast. You don’t have all the time you think you do. Every day that you don’t do something to make yourself better than yesterday is a wasted day. Every hour matters.

When you’re young, you don’t feel as much urgency. Even now, I don’t entirely do, but this was quite a punch in the face. You think you’ll get more chances, but the truth is, you won’t.

How many times have you rung that bell today? Probably more than you think.

That girl that just walked by and you didn’t talk to? You’ll probably never see her again.

That workout you missed? That’s one less chance to develop the physique you want.

Every day you don’t work on your Great Work is a day you won’t get to in the future, making it that much more likely you won’t complete it.

Should you destroy yourself in the drive to achieve and not enjoy yourself? Of course not, but that’s why hour management matters so much.

Thinking about death, about your limited time, is a powerful weapon. 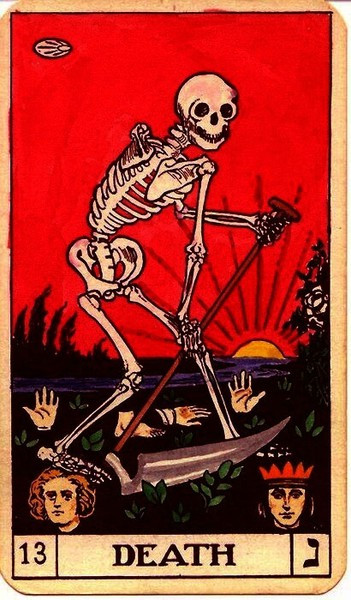 Beyond death, youth won’t last forever, either. If you live a normal lifetime, most of your life won’t be spent in youth, and with it will disappear its advantages. This is the thing that’s hardest to understand when you’re young, because you won’t know anything else. You have to actively remind yourself about it.

Getting the body you want, the girls you want, or the career you want won’t get easier as you get older. That’s just the fact of the matter. You need to do even more in your youth, because the time is even more limited. Wasting my early 20s was the biggest mistake I ever made. I thought I would have that state forever. I obviously didn’t.

Fear is an excellent motivator. Scarcity is one of the universal principles of influence. Life is scarce. Youth is scarce. Use it to influence yourself. Just don’t get obsessed with it. Otherwise, you’ll probably get depressed.

The episode made me realize that, as far as I’ve come, I simply haven’t been doing all I could. The Excuse Demon has gotten to me, as it does to everyone.

I’ve lingered too long on releasing my life’s magnum opus, The Red War. In certain ways, I’m glad I did, because I’ve become a much better writer than I was when I finished the initial draft, and it’s going to be a much better story as a result. These years have also seen me acquire an audience, which will help the book when it’s released, so it isn’t like the time hasn’t been used well.

Still, I’ve lost the sense of urgency. This was a bedrock ambition of mine and I’ve let it sit aside for too long.

So I want you to hold me accountable. Perhaps there will be some development, like some kind of publishing deal, that may delay the release date, but otherwise, if the first installment of The Red War, The Awakened Lion, isn’t out by the summer of 2020, let me know, loudly.

It’s the perfect timing, too, because 2020 is going to be a pivotal year. With the violent pathology of the left coming more and more to the surface, and becoming increasingly acceptable to “polite” society, many of its prophecies from when I first started writing it, all the way back in 2008, are coming true. We’re on a hair trigger right now, which is exactly the environment you’ll find in part one of the story, The Awakened Lion. Nothing from our culture has spoken to this. All we get is the same superhero movies, reboots, sequels, and politically correct, watered down garbage. Book, music, movie, TV, it doesn’t matter. That’s what we get.

The Red War will fill the gap.

Hopefully we’ll manage to avoid tragedy, as the characters in The Red War didn’t.

In the meantime, read Stumped for prophecy and for inspiration to move onward toward your vision.