Aristotle’s Rhetoric begins with a definition:

Rhetorical study, in its strict sense, is concerned with the modes of persuasion.

But there are so many ways to persuade, aren’t there?! Readers of Aristotle’s rhetoric aren’t concerned with strict definitions. They want to see what the great philosopher has to say about how to become more persuasive. Modern readers are probably less concerned with abstract terms like “enthymeme,” for example. We want to know: “what rhetorical techniques can I implement to become a better speaker?” We’ll start with…

Most of us are familiar with Aristotle’s rhetorical triangle – made up of ethos, pathos, and logos. These are his “three sources of belief.” Ethos is the character of the speaker, pathos the emotional state of the audience, and logos the evidence presented by the speaker. To make your persuasion most effective, you’ll need to be aware of all three. For example, Aristotle would consider Robert Cialdini’s Pre-Suasion to be an example of pathos, designed to put the hearer in a certain state before delivering the main message (logos). But the attempt at Pre-Suasion would be undercut if you have a bad character, or your audience thinks you have one.

But you can find this elsewhere. I want to do the unique service of focusing on aspects of Aristotle’s Rhetoric that might not often be cited, with specific techniques which I think are actionable. You just need to keep that triangle in mind before applying these techniques.

1. Use language that is clear and memorable

Style to be good must be clear, as is proved by the fact that speech which fails to convey a plain meaning will fail to do just what speech has to do. It must also be appropriate, avoiding both meanness and undue elevation. Clearness is secured by using the words (nouns and verbs alike) that are current and ordinary. Freedom from meanness, and positive adornment too, are secured by using the other words mentioned in the Art of Poetry.

Such variation from what is usual makes the language appear more stately. People do not feel towards strangers as they do towards their own countrymen, and the same thing is true of their feeling for language. It is therefore well to give everyday speech an unfamiliar air: people like what strikes them, and are struck by what is out of the way. In verse such effects are common, and they are fitting: the persons and things there spoken of are comparatively remote from ordinary life. In prose passages they are far less often fitting because the subject matter is less exalted. Even in poetry, it is not quite appropriate that fine language should be used by a slave or a very young man, or about trivial subjects: even in poetry the style, to be appropriate, must sometimes be toned down, though at other times heightened.

We can now see that a writer must disguise his art and give the impression of speaking naturally and not artificially. Naturalness is persuasive, artificiality is the contrary; for our hearers are prejudiced and think we have some design against them.

We can hide our purpose successfully by taking the single words of our composition from the speech of ordinary life.

Aristotle goes into more detail about this in the Poetics, but it’s interesting that he anticipated George Orwell’s maxims of good writing here. To be persuasive, your language should be comprised of everyday words that people can easily understand. You should also cut out weasel words and digressions. This is basic business writing knowledge.

And yet, to be persuasive, your language also must be memorable. Using plain language will prevent your audience from dozing off, but your speech won’t be memorable unless it contains language that hits harder than plain words. How do we solve this contradiction? One way would be through the use of metaphors.

2. How to use metaphors properly


Metaphor gives style clearness, charm, and distinction as nothing else can. Metaphors, like epithets, must be fitting, which means that they must fairly correspond to the thing signified: failing this, their inappropriateness will be conspicuous; the want of harmony between two things is emphasized by their being placed side by side. It is like having to ask ourselves what dress will suit an old man; certainly not the crimson cloak that suits a young man. And if you wish to pay a compliment, you must take your metaphor from something better in the same line; if to disparage, from something worse.

To illustrate my meaning: since opposites are in the same class, you do what I have suggested if you say that a man who begs ‘prays,’ and a man who prays ‘begs;’ for praying and begging are both varieties of asking.

We can thus call a crime a mistake, or a mistake a crime. We can say that a thief ‘took’ a thing, or that he ‘plundered’ his victim.

Poetry and screeching are both, to be sure, vocal utterances. But the metaphor is bad, because the sounds of ‘screeching,’ unlike those of poetry, are discordant and unmeaning. Further, in using metaphors to give names to nameless things, we must draw them not from remote but from kindred and similar things, so that kinship is perceived as soon as the words are said. Thus in the celebrated riddle:

‘I remarked how a man glued bronze with fire to another man’s body.’

The process is nameless; but both it and gluing are a kind of application and that is why the application of the cupping-glass is here called a ‘gluing.’

Aristotle goes into much more detail in the Rhetoric than I can go here, but you see the point. Persuasive language must be both easy to understand and “adorned” with certain aspects that make it memorable, metaphors being only one such “adornment” in Aristotle’s definition of Rhetoric. For a great example in practice, you need only look at Homer. I wrote about his sublime persuasive style here.

For a contemporary figure that perfects Aristotle’s style, I’d recommend you watch current British Prime Minister Boris Johnson. Here he was just yesterday using the maxims laid out in the Rhetoric.

As to the frame of mind that makes people calm, it is plainly the opposite to that which makes them angry, as when they are amusing themselves or laughing or feasting; when they are feeling prosperous or successful or satisfied; when they are enjoying freedom from pain, or inoffensive pleasure, or justifiable hope. Also when time has passed and their anger is no longer fresh. And vengeance previously taken on one person puts an end to even greater anger felt against another person. For men become calm when they have spent their anger on somebody else.

Men become calm if they have convicted the offender; or if he has already suffered worse things that they in their anger would have inflicted upon him; for they feel as if they were already avenged. Or if they feel that themselves are in the wrong and are suffering justly (for anger is not excited by what is just), since men no longer think that they are suffering without justification.

Hence we ought always to inflict a preliminary punishment in words: if that is done, even slaves are less aggrieved by the actual punishment.

When you wish to calm others you must draw upon these lines of argument; you must put your hearers into the corresponding frame of mind, and represent those with whom they are angry as formidable, or as worthy of reverence, or as benefactors, or as involuntary agents, or as much distressed at what they have done.

This is more Pre-Suasion. Much is discussed about how to trigger emotions, but not how to calm people from them. The only other book I’ve seen that goes into this subject is Verbal Judo. Aristotle does a service here, and he goes on about more reasons why people get angry and how to calm them. The Rhetoric is a good companion for your collection.

The first part of Aristotle’s Rhetoric is tedious to get through, as he often discusses ancient laws and procedure that is of little relevance today. It’s in the second part that things get juicy, and which will prove valuable for your persuasion efforts.

You should note, however that Aristotle’s definition of rhetoric is one which won’t let you win through these techniques alone. Eloquence is no substitute for having a substantially baseless argument. You’ll need that to close the sale. Remember, you need to have all three parts of Aristotle’s rhetorical triangle to be a master of rhetoric. 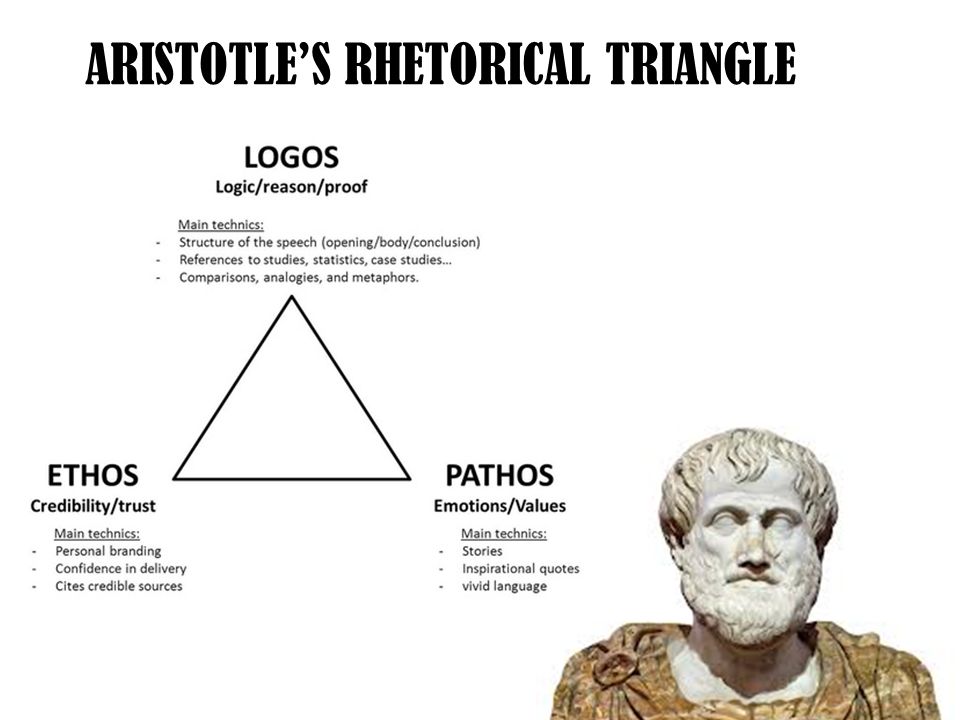 If you prefer a hard copy (which I find is more useful to absorb knowledge than an ebook), you can pick one up here, with well-annotated notes and a useful introduction.

Either way, if you’re an intermediate student of persuasion, this is a book you’ll want.