The Portuguese sailor stares in his boat as the formidable Turkish-Indian coalition rows nearer and nearer to his position. He readies his arms. Unknown to him, they would soon decide the fate of the Indian Ocean, and with it, which civilization would come to dominate some of the wealthiest trade routes in the world.

This is a preview of the latest installment in my ongoing Critical Battles serial. You can find this chapter and 19 others at my Patreon page under the Journeyman tier. Sign up for $5 a month and get them all, plus dozens more to come, all the way to 100!

The fall of Constantinople and resulting collapse of the Byzantine Empire in 1453 irrevocably changed the course of the world. Aside from the political and psychological consequences this event brought to Western Christendom, the course of that civilization’s economy was also forced to change radically.

It had been primarily through this channel that trade could be conducted with Asia. Constantinople’s fall didn’t sever European appetites for Asian goods, but it did sever the old Silk Road, and so Europe would need to find a new way to reach Asia, ushering in the Age of Discovery. The sea route to India was discovered not by Columbus, whose discovery for Europe of the Americas must rank as one of the most consequential accidents in the history of the world, but by the Portuguese sailor Vasco da Gama in 1498. Portugal subsequently began to establish itself in the area, beginning a practice that would be quite common amongst Europeans stepping foot onto foreign shores: building trading posts and making strategic alliances, playing the game of politics amidst local rivalries.

It was in this regard that Portugal made an alliance with the Kingdom of Cochin against its rival Calicut.[i] The result was that within a decade, Portugal would establish itself as a power in the region at the expense of the various Muslim actors, seizing numerous strategic outposts along the shores of the Indian Ocean.

In 1505, Portugal’s King Manuel I sent a force under Francisco de Almeida to secure his country’s gains in the Indian Ocean. Almeida was given the rank of Viceroy. The Portuguese forces consisted of 22 ships and 1,500 soldiers.[ii]

Though the Portuguese numbers were small (which was typical at this time – it would be wise for us to remember that as late as the 18th century, Europe was still in no position to engage in the outright conquest of Asia and Africa), they severely upset the balance of power in the region, and it was not only the various powers in the Indian Ocean that were enraged. 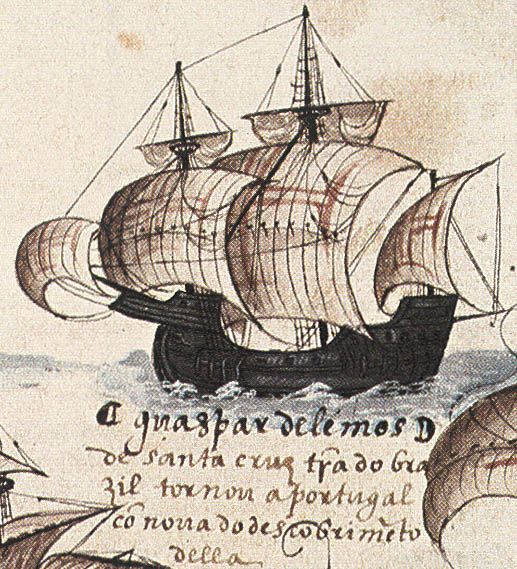 The Republic of Venice was at this point the dominant European commercial power in the Mediterranean and carried on the trade with Asia. The Portuguese bringing back Asian goods directly to Europe, rather than through oriental intermediaries, was a threat to Venice’s previous monopoly in this area.

The Venetians were not the only ones concerned. As the forces of Almeida were successful in a number of engagements, establishing Portuguese outposts at places such as Mozambique, a grand alliance of powers with substantial interest in the economic affairs of the region, especially the spice trade, began to coalesce. They wanted to throw the Portuguese out of the Indian Ocean to maintain their hold on the commerce of the region.

With such a force in place, all indications seemed to support the notion that the Western European upstarts would be promptly given the boot from the Indian Ocean, should the endeavor be executed aggressively.

The Portuguese were vastly outnumbered in both ships and men. In one encounter, a Portuguese fort was besieged by 20,000 men under the Rajah of Cananor.[iii] Other rulers could muster up to 30 and 50,000 men, and several hundred ships. Yet despite this, the Portuguese made strong showings against their enemies, the engagements ending in frequent humiliating defeats for the latter, demonstrating a fact often seen through history and in this very series – numbers alone often count for nothing in war.

Entreaties were made by the coalition to the Sultan of Egypt, requesting his assistance. He complied and sent a force of 12 ships with 1,500 Mamelukes under Amir Husain Al-Kurdi.[iv] This force was ultimately unsuccessful in its expedition, but it signaled that the coalition against the Portuguese in the Indian Ocean was growing. The Ottoman Turks would soon be in the fight as well. More and more, it seemed that the gathering storm of arms would destroy Portugal’s comparatively small forces and put an end to its ambitions of being a great maritime and trading power. The coalition would soon make itself felt in a more serious way.

In 1508, the Portuguese, commanded by Almeida’s son, Don Lorenzo, were defeated by a coalition force under Husain Al-Kurdi, the Egyptian Mamluk commander, and Malek Ayyaz, the Governor of Diu under the Gujarat Sultanate, at the Battle of Chaul. The Egyptian and Portuguese fleets engaged each other for two days, at first without much success on either side. Ayyaz then hammered the Portuguese fleet against the anvil of the Egyptians on the second day. Don Lorenzo died during this battle.[v]

In the aftermath, the Portuguese began to regroup, retiring back toward Cochin and preparing for the next stage of the conflict. Almeida vowed to get revenge for the death of his son. His personal desire and political ambition would be helped by a new fleet sent from Portugal consisting of 17 ships.[vi] Portugal would mount an offensive and Almeida would strike personally the man that had taken his son from him. As 1509 began, the Portuguese fleet set sail for Diu.

The city of Diu is situated on an island at a critical point in the Indian Ocean. It overlooks the key maritime trade routes from the interior of Asia into the Persian Gulf and the Arabian Peninsula, southward into the Gulf of Aden (which would lead into the Mediterranean and ultimately Europe), and the coast of Africa. Command of the island would leave its occupiers in a grand strategic position overlooking the entire western part of the Indian Ocean basin.

We’ve reached the end of the preview. To find out how this crucial battle was fought and its all-important consequences, make sure to subscribe to my Patreon page under the “Journeyman” tier. For a mere $5 a month, you’ll get this, many other battles, and many other goodies besides which will only grow over time!