2020 is now blissfully over, but don’t think that 2021 will magically be “a better year” simply because the calendar changed from December to January. Years don’t have characteristics that fall out of the sky. They bring events on their own, but events are created and responded to by people. If those responding to them have worthless characters, the results will be what we got last year. If anything, as 2021 is shaping up to be an Empire of Lies, it looks even darker than 2020.

Men of virtue and good character will be needed more than ever. This is what Lives of the Luminaries is based on. We must cultivate virtue within ourselves, network with other good characters, and take power and influence within our nations.

The Masculine Epic’s content in 2021 will be to that end.

I begin every New Year by reading a biography. You should do the same because it is a good way to absorb the characteristics of worthy men into yourself. This year, it’s Edmund Morris’ Theodore Roosevelt trilogy.

In this time of plutocratic takeover and an inversion of virtue, there is much for us to learn from the life of America’s 26th president, both in our own conduct and in bringing the renewal our culture so desperately needs. Therefore, expect a series of posts on the Masculine Epic detailing the character, persona, worldview, and decision-making process of Theodore Roosevelt. It will serve as a great resource for students and for those seeking to improve themselves and their communities.

Last year, I announced the Critical Battles Series. This series traces the 100 most important battles in history and what we can learn from their courses, consequences, and the characters of those who saw them through. This continued into August, when it went on pause.

I announced Lives of the Luminaries at the end of June. Little did I know how much time it would wind up taking, even if most of the basics were already in place. After the Battle of Diu in August, I decided to focus on Lives. Now that it’s done and we’re in a New Year, Critical Battles returns.

The next one I’ll release will be for the Battle of Manzikert in 1071, which disrupted the balance of power in the Eastern Mediterranean, led to the Crusades, and sent the Byzantine Empire on the road to death. It will be out on my Patreon before the end of the month.

“The Worst of All Time”

2021 will see a number of off-year elections, New York City Mayor being one of the more notable ones. Incumbent Bill de Blasio is finally term-limited. He leaves behind a city far worse than the one he found. Because of this, and his dorkish persona (which unlike the one of Boris Johnson, is not charming), my father has taken to calling him “The Worst of All Time” and, Lives of the Luminaries now being done, has asked me to do a book about all of his failures.

I’m not sure about this one. I started it at the behest of my father, who is eager to see it done, particularly as the election heats up. If you’ve read the “About” page, you know that I previously worked in New York City and state politics, but I haven’t in several years, and I haven’t paid particular attention to Mayor de Blasio’s term. I more or less accepted his incompetency and have gone on as best I could, knowing that his comparatively weak position meant that he couldn’t do lasting damage.

That is until 2020, of course, when he and Andrew Cuomo finally reached detente to destroy New York.

I began work on this in December, but I’m not sure if I’ll be able to produce something that’s up to my standards. I will update you as time goes on.

One book that I will be able to produce up to my standards is a history of the platforms, voting blocs, messaging, and campaign styles of America’s political parties throughout the history of the republic, and how these things shift over time. Note that the above is not even a working title. It’s just a convenient sub-heading to give you an idea of this project.

Such a book is appropriate, as the 2020 election results demonstrated that we’re witnessing a coalition shift and realignment. This important development is not getting as much attention as it deserves from the media, and when it does get attention, it’s typically of the low-intellect, high-hysteria variety you’d come to expect from them. Historical context is almost completely absent.

So I’ll be filling the gap with this. I’ve already collected a lot of notes for it. If I had to guess, it will be out late in the year. Stay tuned.

The recent post about the CCP’s brainwashing tactics in Korea was a test run that proceeded to my satisfaction. If 2020 taught us one thing, it’s that we’re in a new Cold War, and a China ruled by the Chinese Communist Party is the biggest threat to the peoples of the world.

Given that the lockdowns themselves are Chinese Communist propaganda, I think it’s well past time that someone wrote a book for a popular audience on the ways that this regime spreads its messaging and influence peddling. The book will be a wedding between the psychology of influence and the malign actions and aims of the Chinese Communist Party.

This is a more ambitious project and if I had to guess, won’t be done this year, but I’ll keep you updated as things go on.

In these dark times, it’s more important than ever to enjoy something just for its own sake. Outskirts Battledome Wrestling saw a successful launch in 2020. The audience is still small, but growing and enthusiastic. It was certainly the most enjoyable part of last year for me. I think I would have been bored and lonely out of my mind if I wasn’t doing it with old friends in the Outskirts Battledome.

Outskirts Battledome Wrestling returns starting next week. We will be heading into the World Martial Arts Tournament to kick off the New Year. Here’s our finale from 2020, Ragnarok, which aired December 20th to universal acclaim.

As noted in Lives of the Luminaries essay 51, it’s more important than ever to form squadrons of like-minded, virtuous people. We have been far too disorganized. I remember the glory days of Return of Kings, which succeeded in breaking through and driving media narratives, while galvanizing men to see past the corrosion of “politically correct” modernity, and aim for something higher.

Unfortunately, it didn’t have the discipline to stay durable, and some of its philosophical assumptions ultimately led to low-quality output, low-quality individuals getting involved, and its own dissolution. Men of a populist bent have since been without a good publication that represents them – a publication for a popular audience that extols the masculine virtues and plans action for them. As we saw with this election, mobilization matters as much or more than messaging.

This is a community project and we’re still figuring out its details such as how we’ll roll it out, but we’re also in the midst of creating a modern “95 Theses” to state our philosophy and aims. Updates soon to come.

I was aiming to release this at last in 2020, but to make a long story short, the hysterical response to the pandemic completely fucked up those plans, as it did with so many other things. I’ll just quote what I said about it last year: 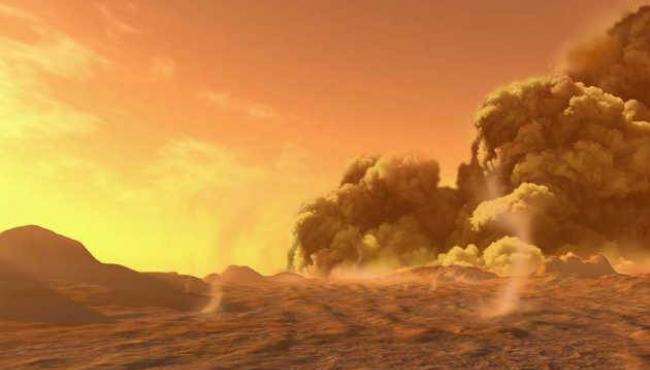 Jared at Legends of Men talked about science fiction not being conducive to masculine storytelling. With The Red War, I’ll accept the challenge, although, as you can tell by now, that’s not its only focus. It’s a story about action, masculine virtue, the frailty of human nature, statecraft, and speculations on the future of warfare. Femininity and its role in the sweep of history is also explored, and there are some female warriors, though I’m not obnoxious about it. That’s the biggest problem with the modern entertainment industry.

Note that The Red War is just a working title. The real title will be released closer to D-Day. Stay tuned.

The good thing is that, ironically, The Red War is more relevant now because the darker time we’ve entered since I made this announcement. If there’s a silver lining for me about Trump’s defeat, coronavirus hysteria, and the Empire of Lies (a phrase which itself comes from the aforementioned young woman), this is it.

I said last year I would be releasing essays which look at the war from the standpoint of future historians. I’ll be doing that and associated short stories interspersed throughout the year. I can’t guarantee that “the big one” will be out in 2021 because of all the disruption still sure to happen, but these essays and stories will be, as teasers to get you familiar with the world setting.

I’ve set an ambitious agenda for 2021. Time management was always one of my biggest weaknesses. New Year’s resolutions don’t work, so I’ve been trying to ease into habits to manage my time better for a while. This agenda is part of cultivating those habits.

Stay with me on the ride to glory and you’ll be treated well.

Read Lives of the Luminaries in the meantime. Quintus Curtius just reviewed it here.