Men are struggling today. Pound-for-pound, they’re worse off than their female counterparts (who have their own problems, too). These struggles come from many hardships that intertwine with one another – familial, social, sexual, economic, and, for our purposes, character. The lessons of character and virtue are not taught in school, and increasingly, boys cannot learn it from family members, either. That’s why I wrote Lives of the Luminaries. Cultivating a strong character which espouses the virtues is the surest way to build resiliency and self-confidence independent of the whims of fortune.

One of the people profiled in that book was Theodore Roosevelt, whose early life is a model in teaching boys how to build character and shaping them into promising men. There is much to learn from his early life which is applicable at any age, not just in childhood.

This post, the first of the Theodore Roosevelt series, covers his life from childhood to his election as a state assemblyman at the age of 23, his first elected office.

1. Instill a sense of adventure

Theodore Roosevelt went on many adventures in his early life, before he ever held elected office. His father, Theodore Senior, decided to take the family to Europe for a grand tour in 1868-69. He went to every country on the continent, but not just to the tourist spots. He hiked up mountains, despite ill-health, including the active volcano Mount Vesuvius of Pompeii infamy.

A few years later, Roosevelt and his family returned – but not before embarking on a trip through Egypt and the Eastern Mediterranean before the 1873 World’s Fair in Vienna, which his father was an official for. Afterward, Theodore and his younger siblings stayed with a German family to learn the language for months. There was iron discipline imposed in this endeavor.

During the entirety of his early life, Theodore Roosevelt spent great amounts of time outdoors, recording the natural surroundings, catching animals, and even dissecting them. He had something a zoo and laboratory in his living quarters wherever he went. This fascination with the natural world was encouraged by his parents and he pursued being a “natural historian” as a career until his later years at Harvard when he decided he would go into politics. He would maintain that enthusiasm throughout, however, and after graduating, decided he needed to go out west with his brother to see the flora and fauna out there. 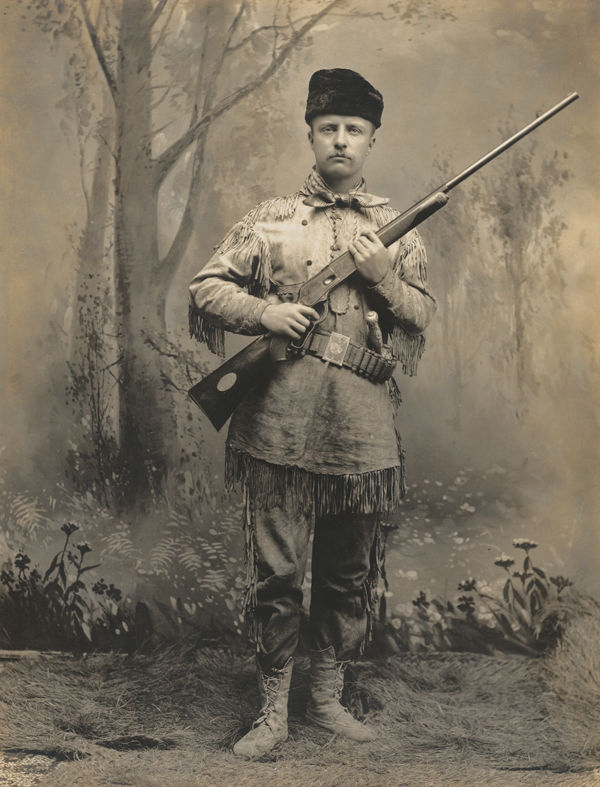 Because of all his early adventures and activities, which inspired a sense of wonder and let his energies roam freely, Theodore Roosevelt developed a vigor in his early life that never left him. It let him stay motivated and forge the self-confidence which would take him to Mount Rushmore.

We should do the same. Always keep a sense of adventure and activity. Let your energy run freely.

I grew up in the 1990s, so video games were part of my repertoire. I think some of them can help. The Legend of Zelda: Ocarina of Time had a big impact on me as a kid. It had so many magical moments that in a way, made me want to go on adventures and create my own magic.

Nevertheless, I spent a lot of time outdoors too in my own early life, much more than modern kids, I would reckon, especially in the age of hysterical coronavirus lockdowns.

It’s notable that modern society encourages the opposite approach that Theodore Roosevelt lived in his early life. Video games were present in my own time, but you had to stay inside and use a slow modem to go onto the internet, so there was a price to pay. Now, you can access the internet at a fast speed anywhere, and the real world becomes more and more blurred with the virtual one, a la Ghost in the Shell. This interferes with the adventure-energy that Theodore Roosevelt ran with in his early life. Instead, that energy is channeled increasingly into an addictive and fake world that plays with your emotions but doesn’t give you real connection and meaning.

The push to make narcotic use wider in society, through pot (which I admittedly support for medical purposes at least) and other drugs would also seem to go along with this energy-misdirect principle, which Tucker Carlson often talks about on his show. On the other hand, figures like Scott Adams and Carl Sagan have talked about drugs channeling their energy into fulfilling and productive dimensions, so it may be a mistake to paint with a broad brush here.

Then there’s the matter of how boys are treated in school. Undoubtedly, Theodore Roosevelt would today be “diagnosed” with a condition like ADHD and possibly put on a psychotropic drug in order to prevent him from expressing the fullest extent of his energies. That’s another crisis facing boys early in life these days, a crisis which makes them less suitable for assuming the natural role of manhood.

Bottom line – Theodore Roosevelt’s early life, as shown in The Rise of Theodore Roosevelt, shows how important it is to cultivate a sense of adventure, wonder, and channeling of energy to develop a well-rounded character and the masculine virtues. It makes you think of greatness, which is what you should always be doing. You become what you think about and physical action only makes that much more certain through the consistency principle of persuasion.

Speaking of physical action, Theodore Roosevelt took much of it early in his life, even though he was a sickly child with constant health issues. His asthma is well-known today, but a host of other afflictions wracked him in his earliest days. To cure this, he took up a vigorous program of exercise, much as Charles I did before him. His physician said that he was too skinny and needed to expand his airway and give his asthmatic lungs more room to breathe within his body. With the same spirit we have already seen, he did so. His best attribute had to this point always been channeling his energies in a wildly enthusiastic fashion, so he hit the gym that his family installed in their home with gusto. By the time he went to Harvard, he was still on the skinny side, but he was healthier and more vigorous than in his childhood, and he was no longer confined to a sickbed for days or even weeks at a time. Those spats and attacks became a thing of the past.

He took up a number of physical activities in his years at Harvard, too. Theodore Roosevelt would frequently go all the way up into the woods of northern Maine on various excursions. At Harvard, he boxed – a sport he would continue to practice for long beyond his early life, including in the White House.

After Harvard, Theodore Roosevelt continued mountain climbing, scaling some of the most formidable peaks in the alps while on another grand tour of Europe with his new (and first) wife, Alice.

The life of Theodore Roosevelt, particularly his early life, shows us the importance of physical activity and exercise in creating a virtuous character that thinks of greatness and seeks glory, a character that cannot be controlled or bullied by corrupt interests.

It’s little wonder why certain interests want you eating food that makes you tired and sitting inside all day, hooked on the false dopamine of tech. Should it surprise you that gyms have been one of the biggest targets of the lockdowns or that gym classes in cash-strapped school districts are often the first ones cut?

It doesn’t surprise me.

Theodore Roosevelt, we are shown, “could have taken the respectable road into politics.” Meaning, he could have thrown his money around with the society crowd and sought an appointment to the Senate years later, but he didn’t do that. He decided he wanted to “learn how the grease works” on the levers of power, so he got involved with the Republican Party machine in his district, which often involved seedy and other assorted characters of the like that he would not ordinarily meet, given his being the scion of the New York aristocracy.

There was great value in this. There is a parallel in Julius Caesar’s early life, where he lived in some of the lower middle class neighborhoods of Rome and encountered all sorts of people a patrician scion would not ordinarily encounter. This allowed him to have a wider eye on developments within society and to increase his social network, creating allies among the different social classes to have a broad base of power.

Theodore Roosevelt did the same thing in his early life, leaving him exposed not only to the workings of the party machine, which would serve him in his attempt at reform, but also to the perspective of people he would come to champion, and increase his allies in the process.

For much more about the early life of America’s 26th president, read The Rise of Theodore Roosevelt.