And just like that, he was gone. He left in the worst way possible, too. That will surely mar his legacy, thanks to the recency effect on memory. Since we’re on the subject, let’s discuss that first. The events that led up to the riot on Capitol Hill are a real-time study in character.

Donald Trump squandered what should have been him leaving office *mostly on top.* As we noted before, Democrats were actually deeply unhappy about the results of the election in November, even if they had finally succeeded punting Orange Man from the White House. Their victory in the Electoral College was even narrower than Trump’s in 2016. They got wiped out everywhere else. Their House majority became a pathetic rump. They failed to gain the Senate. They cratered at the state and local level, meaning that Republicans now control redistricting. November’s results also revealed that their “demography is destiny” fever dream (which has been one of the primary causes of their atrocious behavior post-2012) was just that, as Donald Trump gained with every group except, ironically, white men. It was a pathetic, Pyrrhic victory.

If Donald Trump had taken the road that Andrew Jackson took in 1824 and complained about the way the election was conducted, saying that he had been wronged and would be back, he would have been in a commanding position for 2024. Perhaps he could have made challenged the results, but once the Supreme Court punted the Texas v. Pennsylvania case in mid-December, that was the end of any realistic hope, and he should have folded there. Had he done so, he would have gone out barely defeated, with a united party, and with the COVID vaccine rolling out, something he could claim credit for via Operation Warp Speed. 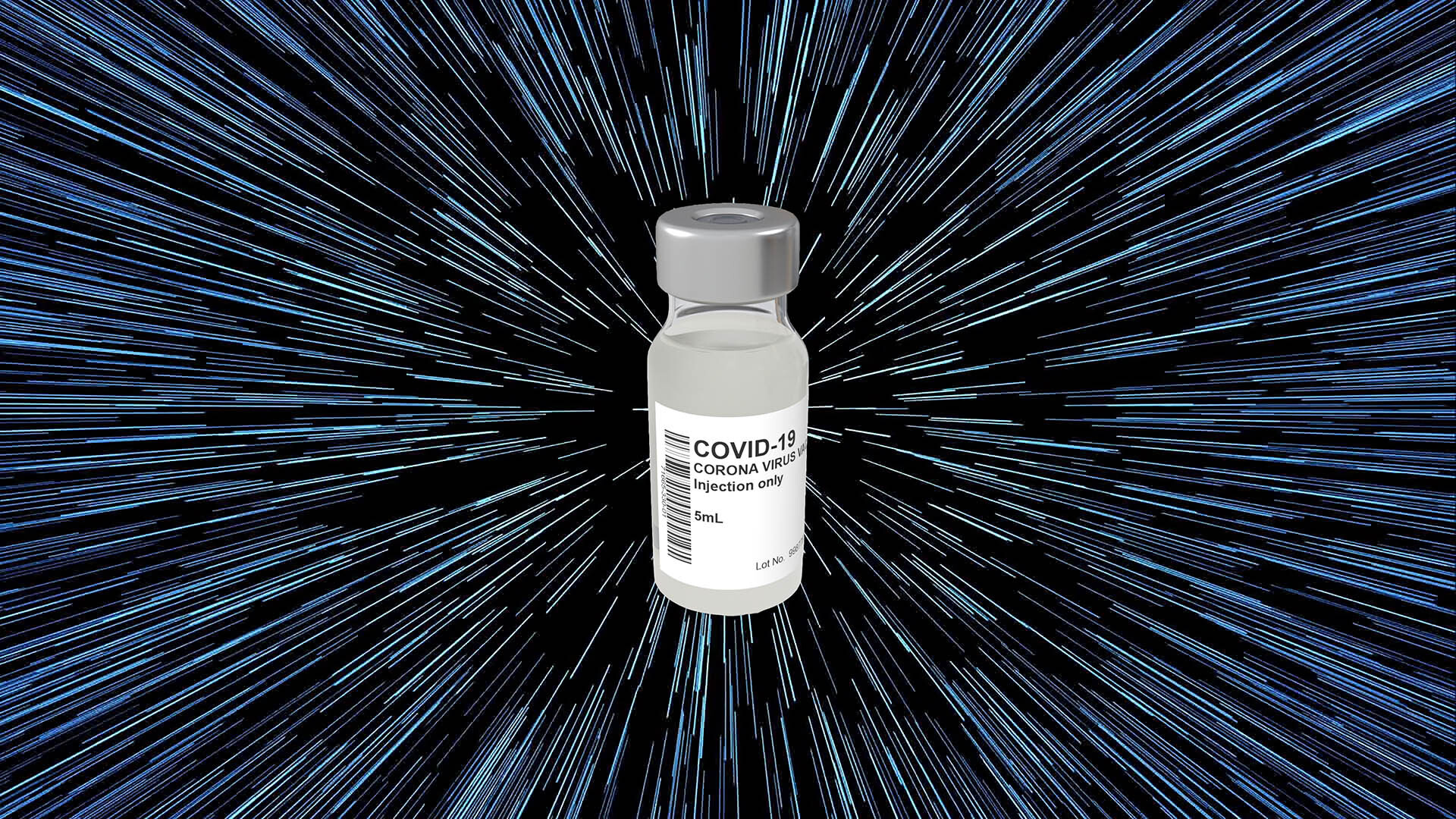 But he stayed on.

He continued to tweet in impotence, made his rallies in Georgia all about him instead of about getting Kelly Loeffler and David Perdue over the line, and left the door open for unworthy demagogues like Lin Wood and Sydney Powell to convince voters it was stupid to show up.

The greater share of the blame for the disaster in Georgia surely lies with Mitch McConnell for killing the $2,000 stimulus checks. I noted that it was a catastrophic mistake at the time.

I think he screwed the pooch in Georgia by not allowing the $2,000 stimulus to pass.

We have to get these Boomer dinosaurs out of the party and complete the work that Donald Trump began.

Nevertheless, Donald Trump does bear some blame. By prattling on and letting his supporters indulge in “fight for Trump” fantasies, he put Loeffler and Perdue on the spot and got them less over with the Republican crowd. Just enough of them didn’t show up on January 5th to make the difference.

After this defeat, he continued on with his rally at the Capitol – for what realistic purpose one cannot know – and put Mike Pence of all people on the spot. Claiming that he directly incited what happened there is stupid and divisive, but he nevertheless helped to create that charged atmosphere and left the opportunity for something bad to go down. Lo and behold, it did. As a result, he gave the Democrat/media/tech apparatus exactly what it had been pining for since he came down that escalator in 2015 – a chance to directly tie his avowed supporters to a violent act. Even Charlottesville didn’t give them that chance, as that crowd consisted of dorks dancing around with tikki torches, not people with MAGA gear praising Donald Trump. Thus, he left his 75 million voters at the mercy of a ruling class already hell bent on revenge, and his own legacy stained.

Instead of just bowing out in December and telling his supporters to enjoy the vaccine and that he would be back, he couldn’t keep his ego in check and carry out a tactical retreat. The result was a strategic disaster and his own destruction. The establishment finally harpooned its orange Moby Dick – and he let them do it in overtime in a fight that was unnecessary.

These events remind us once again of the importance of character. Essays 7, 26, and 45 in Lives of the Luminaries anticipate this very sort of circumstance. A wise man, a free man, a good man, a man who has secured his glory, will end well. As Solon told Croesus, we can only judge a man as being happy or not if his life (or in this case, enterprise) has been brought to a good ending.

His very last acts – pardons of rappers and white collar criminals but not Julian Assange or others who shed a light on the abusive Washington swamp, makes him look even more defeated.

Thus ends the presidency of Donald Trump. In this immediate aftermath, we can judge him as having been a fantastic challenging candidate in 2016, an excellent salesman, and a man who still has the sharpest political instincts I’ve ever seen. Nevertheless, his character flaws, namely his uncontrollable ego and naivete (the latter of which led to the abysmal staffing decisions that wounded his agenda at every turn, like a pack of wolves repeatedly biting a charging moose), meant that he could not become the hero America has been longing for, the hero to put an end to the “Long Humiliation” (click that link to see the most important political essay I’ve ever written). This humiliation will surely get worse in the coming four years, in large part because Donald Trump failed to drain the swamp and bring big tech to heel. Now the two have fully merged. America will pay a steep price because of it. It will reflect poorly on his legacy. He and his party could have stopped it – but did not.

This isn’t to say that Donald Trump was a failure, though.

He is the most consequential figure in Republican politics since Ronald Reagan. He has destroyed the old Republican Party. The feckless corporate party of endless wars, amnesty, outsourcing, China appeasement, and surrender to the social Marxists on the left is over. In its place, Donald Trump provided a fantastic agenda that has proven it can win almost everywhere, provided it has good messengers to promote it. The Republicans elected in his wake, and who have adapted to him, will be his most immediate legacy. He has bequeathed the party a good bench of candidates. He has exposed the rottenness of America’s ruling class for all to see. The Empire of Lies you see before you is because Donald Trump goaded them into crushing their own credibility.

Donald Trump was also the most consequential foreign policy president America had in decades. Where he could (and we all wish it could have been more), he shrugged off the “blob” that got America into one quagmire after another. If he did not end America’s endless wars as promised, he at least started no new ones. He strengthened the Middle East peace process in a way not seen since the 1990s. His most enduring legacy in foreign policy will surely be his recognition of the China threat. Decades of “engagement” policy were jettisoned. Donald Trump embraced the reality that had been brewing for a long time – yes, America is in a second Cold War with China. China’s Communist Party is not a regime we can coddle, but one we should treat as an adversary. His administration’s last-minute finding of a genocide against the Uyghurs exemplifies this legacy most strongly. The changes that he made in this regard will outlast him in one form or another, even under a corpse that has long cheered China on and has family connections to the CCP.

Donald Trump will also have an enduring legacy as the president who reinvigorated America in space. The Space Force was just the most famous endeavor. He also set the nation on a new path in the development of nuclear power, ending decades of stalling.

His domestic and economic achievements – already under pressure from the coronavirus hysteria, will likely be short-lived, but he did provide a blueprint for Republicans in the future, especially on immigration and its impact on working people.

Overall, Donald Trump’s legacy is that of a tragic hero, who had the courage to disrupt a broken status quo, but whose character flaws and a stark reversal of fortune did him in. This is the subject matter in Lives of the Luminaries, and you should read it now if you want to cultivate Trump’s best aspects while heeding the warnings his legacy leaves behind.