Future historians will characterize the early 21st century in America as a period of humiliation. Unfortunately, the humiliation did not come via fortune or external events. Rather, America’s malicious and incompetent post-Cold War ruling class imposed it on the country. In 1995, when America’s global hegemony was unquestioned but the people and ideas that would bring about the Long Humiliation entrenched themselves, a book came out, written by America’s most famous scientist. It was called The Demon-Haunted World. It featured the Carl Sagan prophecy, which not only predicted America’s ongoing humiliation, but the components that make it up. What was the prophecy and how do we respond?

The Carl Sagan prophecy was a major theme in the last chapter of Lives of the Luminaries, which covers this issue more in depth.

Here it is in full:

I have a foreboding of an America in my children’s or grandchildren’s time — when the United States is a service and information economy; when nearly all the manufacturing industries have slipped away to other countries; when awesome technological powers are in the hands of a very few, and no one representing the public interest can even grasp the issues; when the people have lost the ability to set their own agendas or knowledgeably question those in authority; when, clutching our crystals and nervously consulting our horoscopes, our critical faculties in decline, unable to distinguish between what feels good and what’s true, we slide, almost without noticing, back into superstition and darkness. (pg. 28

We see the cumulative effect of this prophecy all around us. How did we get here? To trace the evolution of America’s (and western civilization’s) ongoing humiliation, we should break the prophecy down piece by piece.

When the United States is a service and information economy; when nearly all the manufacturing industries have slipped away to other countries…

The decline in American manufacturing began in the 1970s, but took off in the 1980s and 1990s, as free trade orthodoxy entrenched itself. In 2004, the last penicillin plant closed, symbolizing that America could no longer manufacture its own pharmaceuticals. America’s shipyards, too, are rusting, leaving a critical naval vulnerability. American often can’t produce the products it innovates because there is no industrial capacity to do so. This opens the door to foreign espionage or even the forced technology transfer China is so infamous for, all because, as Carl Sagan said, the manufacturing industries slipped away to other countries.

Meanwhile, the “jobs of tomorrow,” based on the internet, sprang up – but not in the former manufacturing hubs. Those places got hollowed out. Oxycontin came in instead. Those who could flee to the big cities and get jobs in the new sectors did so. Those who couldn’t were lucky to get any menial job they could find, unable to escape their rotting communities.

The “new economy,” which was so touted in the 1990s as a replacement for a strong industrial sector, was also supposed to be a liberation. Communications were open, instant, and worldwide, bypassing traditional gatekeepers. For a while, this was indeed the case. The Arab Spring in early 2011 gave some observers more hope that the internet was indeed the great democratizing force.

However, other trends, which challenged this notion were already near completion, right under our noses. By 2013, most of the internet was clearly controlled by only two companies – Google and Facebook. The two companies strangle the advertising market. Google manipulates its search engine to favor its own products. It also picks winners and losers. Have you checked Google search results in the last few years? The same sites always get promoted, no matter how good or bad they are. Indeed, the search results are much worse than they were even a few years ago.

Amazon, meanwhile, has the power to shut any business down by not letting it sell in its marketplace. It can also choose winners and losers by manipulating its own search.

All tech companies also manipulate their user experience to be as addictive as possible.

And of course, post-2016, the issue of political censorship is well-known.

Carl Sagan was right. Awesome technological powers are indeed in the hands of a very few.

As early as the 1990s, Thomas Sowell used his observations to predict a coming idiocracy in the post-Cold War ruling class. An entire chapter was entitled “Optional Reality.”

The prophecy accelerated during the Obama years though, particularly in the second administration. His cult of personality mixed with social media-driven attention whoring culture to produce a distinct idiocracy among the ruling class.

The Trump years accelerated this trend even faster. Because he served as such a good foil, the ruling class spent its time trying to get themselves over by talking about phantasms like Russian collusion and racial and gender hysteria rather than grasping the real issues facing the nation. Trump himself, meanwhile, often spent his time aggrandizing his image in the glass rather than tackling the issues he himself was elected on in a disciplined, serious way.

I need not explain the almost total societal failure on the coronavirus response. Few, very few, of those representing the public interest grasped the issue properly. Ron DeSantis was the shining light, because so many others were dull and dim. Their response was instead driven by panic, pride, and stupidity. 2020 was the year that cemented that this part of the Carl Sagan prophecy had fully manifested.

When the people have lost the ability to set their own agendas or knowledgeably question those in authority; when, clutching our crystals and nervously consulting our horoscopes, our critical faculties in decline…

Like other components of the Carl Sagan prophecy, this was in the undercurrents for decades. The decline in classical education and character training in the second half of the 20th century was a necessary component. It accelerated during the Obama years, starting in 2008. No one should question that the 2008 Obama campaign was a masterpiece of persuasion, but it also created a tone of celebrity worship in politics, and began the trend of corporate media throwing off even a pretense of objectivity.

Combined with social media culture and algorithm manipulations, we now have a society driven by social media-driven hysteria and status-seeking. Censorship and selective reporting by the corporate media gives more energy to this, creating a feedback loop. Information is increasingly corralled, as is acceptable thought and conduct – acceptable to those in power, at least.

These factors met to cement the Carl Sagan prophecy in the 2010s.

Unable to distinguish between what feels good and what’s true, we slide, almost without noticing, back into superstition and darkness.

By 2020, this was true to the letter, though it started earlier. In episode 3 of Cosmos, Carl Sagan mentioned that “superstition is a natural refuge for people who are powerless.”

Made powerless through character-degrading indoctrination and postmodern somas, pumped full of fear, we clutched superstitions imported from Asia – lockdowns and masks – in a desperate attempt to claw power back from an uncontrollable respiratory virus. It was the more destructive evolution of the March 2020 toilet paper runs, which occurred for the same reason. 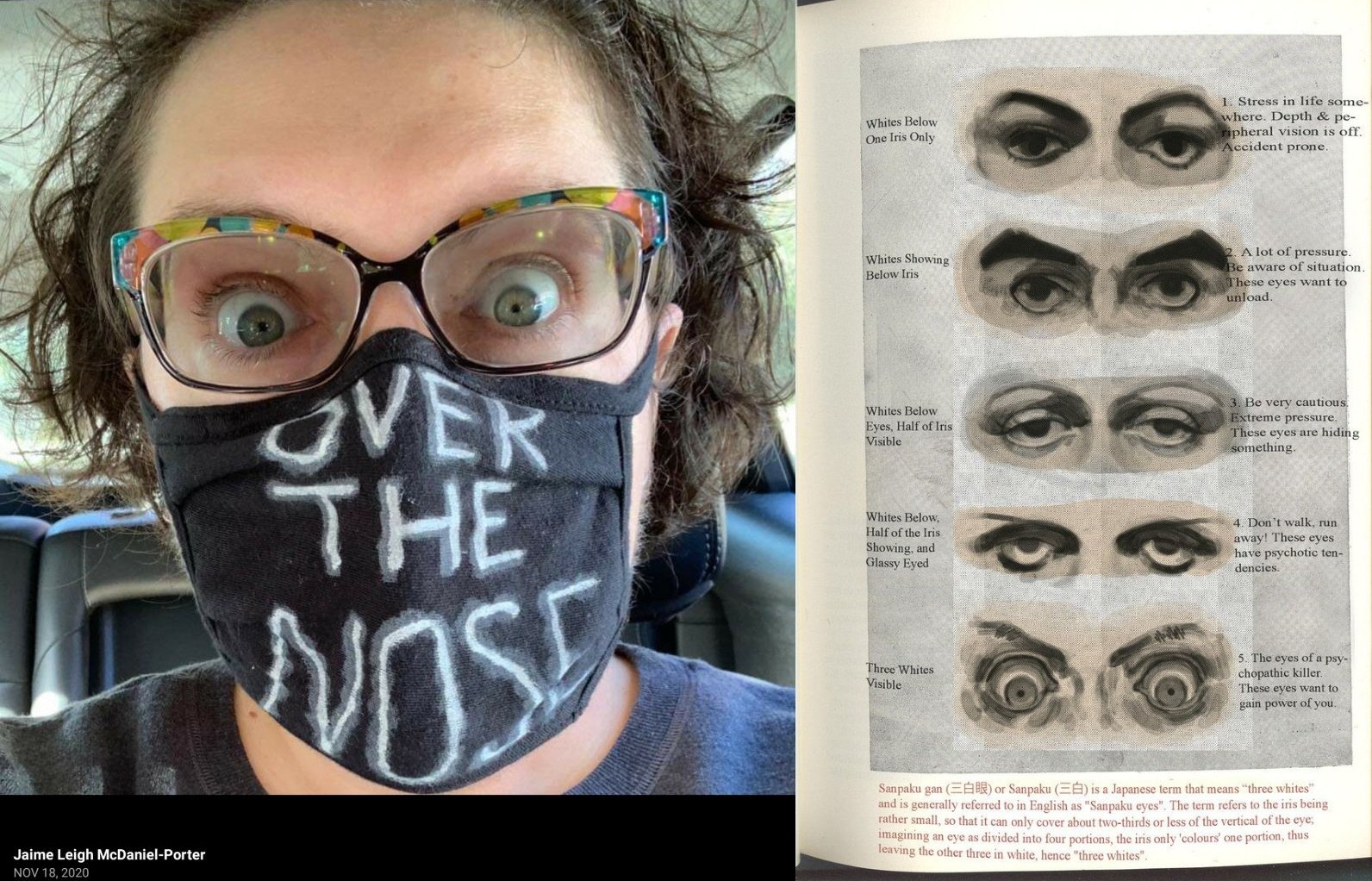 The more cynical among our ruling class used the superstition on us as a method of control, but they have been so successful for so long because a large part of our populace is as Carl Sagan described. Aristotle would have described them as being of a naturally servile disposition. Yet, this part of the population is typically more powerful than other parts, and sadly, other parts of the nation are prone to their own superstitions, falling for “Krakens” and other such nonsense.

In all, the Carl Sagan prophecy was an eerily accurate premonition of America’s (and Western civilization’s) future – an age of high technology, but tightly controlled in a world of unreason.

We are all emotional thinkers at our base, but we must try to be aware of this and mitigate it with the “divinely inspired part of our nature,” as Cicero would have had it. All guardrails on this have now been removed. Any serious renaissance will require a reckoning with the elements in the Carl Sagan prophecy. Lives of the Luminaries essay 51 is a good way to start.