Who doesn’t want to be a more captivating public speaker? No one will turn down such an offer. Yet, it’s hard to practice, because fear of public speaking is one of the most common fears we have. This fear is related to approach anxiety – the fear of speaking to beautiful women. But if you can conquer that, you can conquer this fear, too. The famed Dale Carnegie has a guide for you to do just that, with his The Art of Public Speaking.

He originally wrote the book in 1915. It got a re-release in 2019. The Art of Public Speaking is a long book, at 334 pages of small font. It is sometimes tedious to read due to the 19th century English that permeates its pages. For example, the last third of the book is packed with speeches that Dale Carnegie believed would be helpful guides. Yet, many of them are based on unexciting subjects.

Despite these flaws, The Art of Public Speaking is packed with interesting information that you can use immediately to improve your conversational and speech skills. Before you do anything else, however, you must take the first admonition to heart. Dale Carnegie says that the foundation of good public speaking isn’t a specific manner of speech or technique you use, but a state of mind.

Acquiring Confidence Before an Audience

Appropriately, Dale Carnegie begins The Art of Public Speaking with this chapter. Confidence,we know from our other pursuits, comes from practice and experience. Dale Carnegie says as much on the first page.

Know your subject better than your hearers know it, and you have nothing to fear. – pg. 5

And this is true. If you know a subject well, your natural force of passion will come to the fore. I normally dislike the reliance on passion, but it is true here. You should embrace the energy that you get from your knowledge. From there, you can “assume mastery over your audience:”

In public speech, as in electricity, there is a positive and a negative force. Either you or your audience are going to possess the positive factor. If you assume it you can almost invariably make it yours. If you assume the negative you are sure to be negative. Assuming a virtue or vice vitalizes it. Summon all of your power of self-direction, and remember that though your audience is infinitely more important than you, the truth is more important than both of you, because it is eternal. If your mind falters in its leadership the sword will drop from your hands. Your assumption of being able to instruct or lead or inspire a multitude or even a small group of people may appall you as being colossal impudence – as indeed it may be; but having once essayed to speak, be courageous. BE courageous – it lies within you to be what you will. Make yourself calm and confident. – pg. 5

This is the foundation of everything else in The Art of Public Speaking. It is probably language you heard here and elsewhere before, which goes to show how influential Dale Carnegie truly is.

The Sin of Monotony

After this foundation, Dale Carnegie is kind enough to start the next chapter with what you must never do as a public speaker – be monotonic. You must avoid monotony in your speech at all cost. We’ve all been there. We’ve all heard speakers drone on and on. You don’t want to be like them. You must vary your speech in tone, emphasis in words, and so on. The rest of The Art of Public Speaking is based on this. I’ll review some of the more interesting chapters on this now. 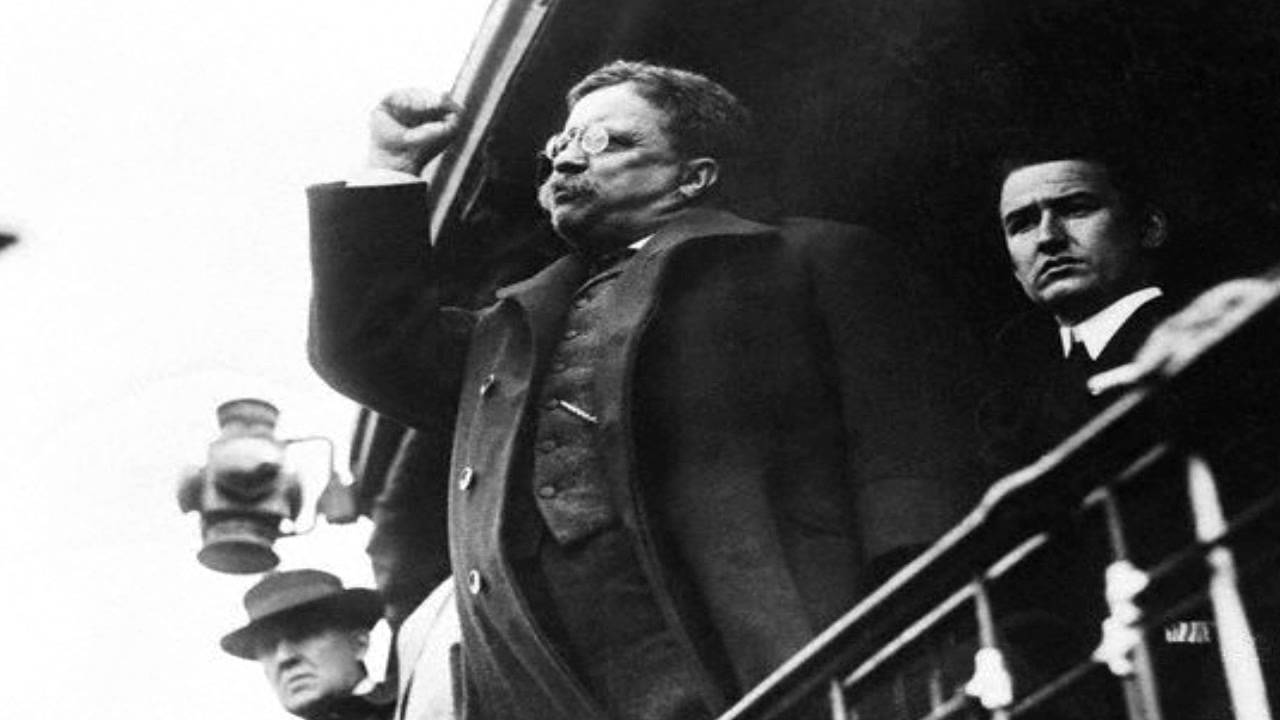 Dale Carnegie uses Winston Churchill and Theodore Roosevelt as examples of the use of force in speaking. He gives a list of how speakers can incorporate force into their speech:

Dale Carnegie lays out another useful list on the same page that you should take a look at.

What words do you put more energy into in your sentences? There is not necessarily a right or wrong way to answer this question, though The Art of Public Speaking offers a useful guide on how to take advantage of this principle in one of its early chapters. For example, if I were in Congress right now and I were to say:

Madame Speaker, I WARN you and my Democratic colleagues that if you continue this covid HYSTERIA, in the face of three HIGHLY EFFECTIVE vaccines, you will bring MISERY AND RUIN upon yourselves as well as the nation – and the nation will NOT FORGET. I understand why you’re doing this. With covid hysteria, you see a pretext to TIGHTEN YOUR GRIP on power. Yet, Madame Speaker, you have allowed yourself to become AMNESIAC to history’s warnings. During their spectacular triumphs, the Romans demanded that a slave stand behind the victorious general, constantly reminding him that he was MORTAL. Though you may have conveniently forgotten this, Madame Speaker, YOU TOO, ARE MORTAL, and I think you’ll find out first-hand next year, because though you have the longevity of a certain witch of the west, the WATER is about to be POURED on you – as a result of your own actions! Then, Madame Speaker, you’ll understand that hubris always leads to a PAINFUL end!

Which words would you emphasize in each sentence? The capitalized are the words I would choose to if I were making this speech – but don’t mistake that for shouting. Dale Carnegie shows us that there are many ways to emphasize. Shouting is rarely the best way you can do that.

To find out more about emphasis and many other aspects of mastery in speech, I highly recommend The Art of Public Speaking. Click here to get it.